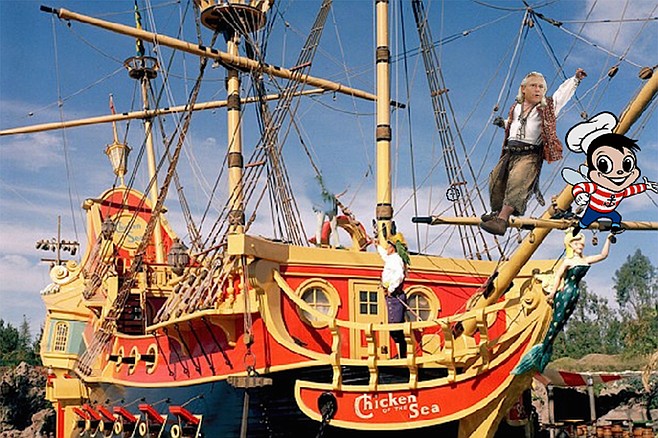 Former Bumble Bee Tuna CEO Chris Lischewski raises a defiant fist as he slips out of San Diego harbor aboard the Chicken of the Sea in an attempt to elude authorities after being convicted for his part in a tuna fish price-fixing scheme. “Arrrh, there be no honor among thieves any more,” he cried, in an apparent reference to Chicken of the Sea’s escape from prosecution through cooperation in the case against Bumble Bee, which recently declared bankruptcy in the face of a $25 million fine. “But as long as I’ve my trusty first mate Horatio by my side and this fabulous silver mane atop my noggin, you can rest assured that my days of raiding markets and plundering companies will go on, or my name’s not Lischewski the Bumbler!”

In a lighter moment, Lischewski was asked how to tuna fish. He replied: "On its scales." {rimshot]