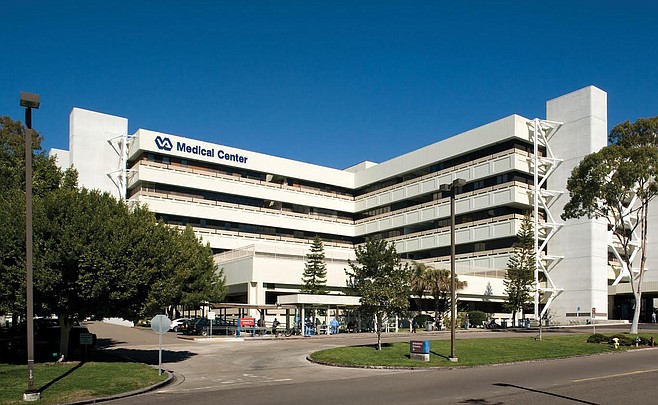 Sloppy supervision, a muted alarm, and lack of training led to the suffocation death of a severely paralyzed patient at San Diego's Veterans Administration hospital last year when an alarm failed to sound after a ventilator plug came undone.

"In summer 2018, the VA Office of Inspector General was notified by VA Police at the VA San Diego Healthcare System of the unexpected death of a ventilator-dependent patient on the Spinal Cord Injury unit," says an audit released this July 30.

"On the morning of Patient A’s death, the assigned respiratory therapist placed an in-line Passy-Muir® Valve on the ventilator to allow Patient A to communicate with a family member," according to the document.

"Sometime around 8:00 a.m., the family member left to go to work. Nursing staff interacted with Patient A on three separate occasions between about 10:00 a.m. and 12:00 p.m.

"When the nurse returned at 12:10 p.m., Patient A was unresponsive in bed with the ventilator tube disconnected from the tracheostomy and no ventilator alarms sounding."

The auditors reported they were "unable to determine what the ventilator alarm settings were at the time of Patient A’s death; however, use of a potential life-saving ventilator alarm system outside of the manufacturer’s guidelines, coupled with intermittent patient supervision, created substantial risk for Patient A."

Compounding the problem, says the audit, "the facility did not have a back-up monitoring plan when the ventilator alarms were turned off." In addition, the hospital lacked "criteria to determine when the valve should be removed," and was missing "policies for constant observation of ventilator-dependent patients."

The problem is not new, according to the report.

"Reports about ventilator tubing 'pop-off' occurrences as well as the adverse clinical outcome in this case, demonstrate that ventilator-dependent [Spinal Cord Injury] patients using an in-line [Passy-Muir Valve] without anti-disconnect devices are at increased risk of dying from these spontaneous disconnects, and that risk is obviously increased when alarm settings are set low or turned off."

Despite the hazards, the audit says the spinal cord injury unit relied on "an outdated nurse call system" that merged more mundane nurse call alarms and ventilator alarms through the same system by means of a so-called splitter.

"If the splitter was not connected correctly, the ventilator alarm and the nurse call alarm would sound the same and [might] not trigger an urgent response from nursing staff to ventilator-related issues."

Per the report, "Only 16 of 25 staff folders contained documentation of completion of ventilator training."

Following the death, the hospital's Spinal Cord Injury unit was closed to new patients for about ten days while new safety measures were implemented, according to the audit, including "upgrading the nurse call system," installing anti-disconnect devices, and "discontinuing use of splitter connectors."

The audit's recommendations, including a call for better training and supervision regarding use of the valve in question, along with backup monitoring upgrades, use of anti-disconnect devices, as well as annual staff reviews of clinical alarms, were accepted by local officials.

"Patient A’s death was a traumatic event for many employees, " says the report, "and the facility conducted multiple staff debriefings on the incident and offered mental health/emotional support to staff. "