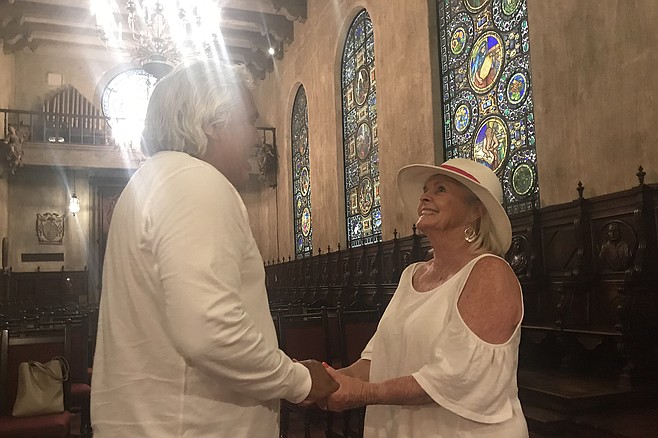 “I feel like that saying: red on the outside, white on the inside.”

“I don’t know who I am,” says Gene Miller. “I feel like that saying: red on the outside, white on the inside.”

Right now, it’s 100 degrees on the outside. We have just come from visiting the Sherman Institute Indian Vocational School in Riverside, after driving up from San Diego. Sherman is where Miller’s parents were forced to spend their childhoods, so school authorities could “take the Indian out of them,” cut their hair, forbid them from speaking in their language, and keep them isolated from their tribes, their lands, their families. All this to help them become good Americans with good trades, but no history of their own. 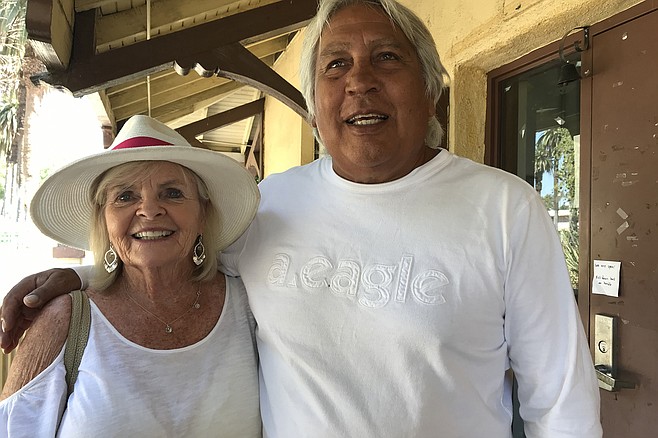 Jeanette and Gene outside the last original building of the 1901 school.

The policy was alive and well into the 1970s. Sherman School continues today, except now it does allow the learning of Indian cultures. “Today is the first time I have ever set foot in this school, and I’m 71 years old,” says Miller. “I knew it was here because of the water tank. Every time my parents would drive past it on the freeway, they would say, ‘There’s the prison.’”

We gathered in the 1901 administration house. Gene and his wife Jeanette had come to present his father’s collection of school almanacs from the 1930s to Lorene Sisquoc, the school’s cultural traditions leader and the Sherman Institute’s museum director.

For starters, Sisquoc looks up a yearbook. “It says here your dad was full-blooded Comanche.” 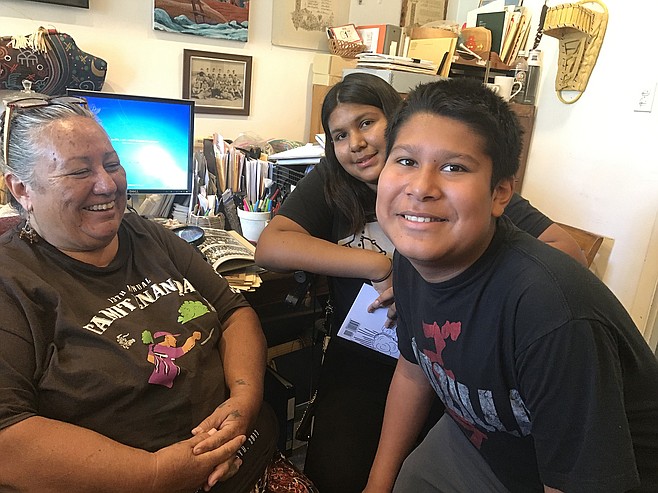 “But my parents didn’t speak Comanche, or any language except English,” says Miller. “I didn’t know what it meant to be an Indian. The first 7-8 years of my life, I thought I was Mexican. We lived in a Mexican neighborhood in San Bernardino. Everybody else was brown like me, except, when the other kids spoke to me, I didn’t understand. And they’d say ‘Well, what are you?’ And I’d say, ‘I’m an American.’” He laughs, but tears shine in his eyes.

“And I went home and I said ‘Mom, what am I?’ And she said ‘You’re Comanche Indian.’ So I went back to school and said ‘I’m an Indian.’ And then the kids started making fun of me, cupping their mouths and going ‘Woo-ooh!’ So, you know, I didn’t really tell people after that.” 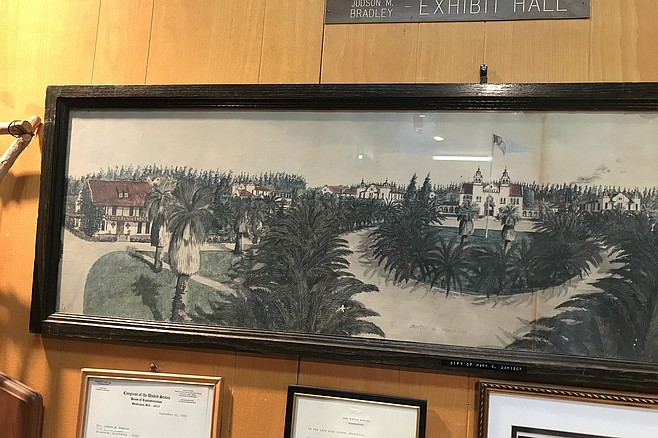 Painting of school in “glory” days. It was demolished in 1970s

“But, Sherman school did help set the children on productive courses in society,” says Sisquoc.

“Yes, my dad learned to be a printer,” says Miller. “And he learned to play the trombone here. He led bands in the army. He spent four years away in World War II, fighting in Europe, but also got to play jazz with Django Reinhardt in Paris. But that’s about all he’d tell us.” 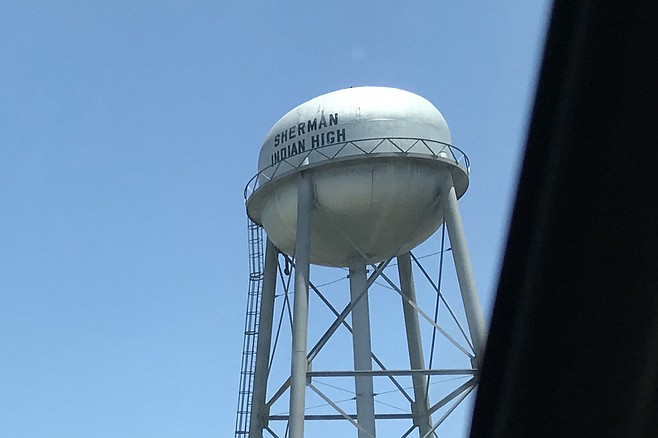 Sisquoc asks if he has registered with his tribe. If his kids have. “Yes,” he says. “We went once to a pow wow at tribal headquarters in Oklahoma. But my wife is Scottish, and the kids feel more Scottish than Comanche.”

Still, Lorena Sisquoc does unearth lots of info about Miller’s mom and dad. How he wanted to be a writer, wrote in the school magazine. How his mom trained as a cosmetician.

On the way back south, we start talking about Gene and Jeanette’s Romeo and Juliet romance. “Everybody was against it, especially when I met her parents for the first time, and they saw how brown I was. Those were the bad old days. You’d never guess I’d end up best of friends with them. So it’s not all bad.”