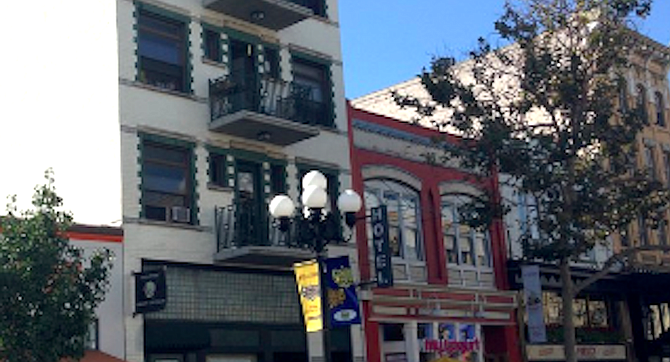 At a time when the current Washington D.C. administration is proposing deep cuts in housing welfare, the staggering rent costs for low-income San Diegans merits focus.

According to a Zillow release this week, low-income San Diego County renters a year ago were paying 94.9 percent of median household income for rent. That compared with 40.3 percent for the typical local household.

This week, Housing and Urban Development Secretary Ben Carson proposed that tenants in subsidized housing should pay rent that is 35 percent of their gross income, up from 30 percent now. (Carson’s income figures are not comparable with Zillow’s.) Carson’s proposal is part of the administration’s “Welfare Reform 2.0,” which would slice Medicaid, food stamps, and public housing benefits to low-income people.

At a time when the current Washington D.C. administration is proposing deep cuts in housing welfare, the staggering rent costs for low-income San Diegans merits focus.

According to a Zillow release this week, low-income San Diego County renters a year ago were paying 94.9 percent of median household income for rent. That compared with 40.3 percent for the typical local household.

This week, Housing and Urban Development Secretary Ben Carson proposed that tenants in subsidized housing should pay rent that is 35 percent of their gross income, up from 30 percent now. (Carson’s income figures are not comparable with Zillow’s.) Carson’s proposal is part of the administration’s “Welfare Reform 2.0,” which would slice Medicaid, food stamps, and public housing benefits to low-income people.

A moment of reckoning at San Diego’s Diversionary Theatre

Our Gay Oppressors
Next Article

Timing is the toughest surf skill to master

Low wage low/no benefit employers depend on welfare benefits to their employees to bolster their bottom line. Employers who do not pay their employees a living wage and provide benefits should be charged a poverty tax.

AlexClarke: I agree that employers who force their employees to take welfare, and even train them how to do so, should be forced to end the practice. Walmart is a big offender. (The Walton family -- multibillionaires -- lead the fight against an inheritance tax.) Amazon is also a big offender. Whether the tax you suggest is the best medicine, or some other approach, is food for discussion. Something must bring those wages up. Best, Don Bauder

swell: Bernie Sanders is leading an attack on Bezos. So is. Donald Trump. Best, Don Bauder

swell: It's Bauder as in Bawder. Someone will crack, "Bauder as in dawdler." In high school I was called "Bawdy Budder." Best, Don Bauder

incredible one person makes in a second what could change the course of another person's life.

I'm not sure I understand how a company can "force" someone to take welfare.

Wabbitsd: Easy. The employees are paid so little -- below a metro area's cost of living --that many of them are literally forced to take welfare. Older people who have lived in a home for a long time, and may have built up savings, don't have to live on transfer payments, but others do. Low-wage companies such as Walmart and McDonald's show the employees how to apply for the welfare. Best, Don Bauder

Low wage jobs used to be where people, traditionally the young and inexperienced, would start out. Not every job is meant to be the support of a family, or even an income to support an individual. Not every job should be a lifetime endeavor. I keep hearing about how companies show employees how to apply for welfare. Are they paying below minimum wage somehow?

One can't live on minimum wage in San Diego.

This claim, even if it seems to be borne out by income measures, doesn't apply to real people. There's no way that a poor person could pay 95% of his or her income for rent and still survive. That is, unless he or she steals or begs enough to eat, and can get some clothes somehow or somewhere. And if there is another source used to survive, it has a value and is actually part of the family income.

Yes, housing rents are far too high here, and everyone seems to pay a higher-than-normal percentage of income for housing. But that has been true for a very long time, and we have seen no downward adjustment in those percentages. They just seem to go up as the years go by. Is there an upper limit? Well, there has to be, although I have no idea of what that might be. But it's not 95%.

Visduh: It might be possible if welfare payments such as food stamps and public housing benefits are not counted as income. Best, Don Bauder

I am a writer for the Reader (not my main income), and my husband and I pay 90% of our income for rent. It's a reality, whether you can fathom it or not.

OK. You are right, I cannot fathom it. But you don't explain how you make it work.

Visduh: I have asked Leorah to explain how she and her husband pull it off. Best, Don Bauder

agree it is not fathomable. How can someone use 5-10 percent of their income on utilities, insurance(s), food, supplies, clothing, transportation, communication, etc.. and the other 90-95 percent on rent, says they are wealthy and rent a mansion, or says most of those are things are being taken care of for them.

Leorah Gavidor: You might expand on that. Do you have transfer payments (food stamps, Medicaid, government rent support, etc.?) If not, how do you eat if 90 percent of family income is taken up by rent? Best, Don Bauder

Currently, according to a recent article in the City of San Diego the median income for a family of four in San Diego is $63,400. (https://smartasset.com/mortgage/the-cost-of-living-in-san-diego) So since you did not specify let’s say this is correct. If we take out 25% for various taxes this leaves annual net of approximately $47,550. 90% of that amount is $42,795. Divide it by 12 months and you get $3,566.25 in monthly rent payments. While that kind of rent certainly isn’t unheard of in San Diego, I suppose it is determined on where and how you choose to live. The article cited above indicates rents at a more reasonable rate. In addition, I sincerely doubt most landlords would not rent to someone who is paying 90% of their income on housing costs. As other cost-of-living components would go unpaid making a tenant a higher risk one.

Ghettos are created by grouping low wage people together into apartments/houses intended for far fewer people than inhabit them. Originally ghettos were created because people of color were not allowed to rent in certain neighborhoods forcing them to squeeze into the available housing. Now it is economics. How many Walmart workers have to band together to afford the rent for a two bedroom apartment. I will guarantee you it is far more than two.

AlexClarke: The phenomenon you allude to is called "doubling up" or "tripling up." People of low income, such as hotel maids and retail employees, are forced to cram together in a home or apartment meant for many fewer people. Best, Don Bauder

JustWondering: You are giving figures for the median family. Zillow specifies its figures are for a low-income household. Zillow defines low income as the lower one-third of incomes. That makes this even more shocking. Best, Don Bauder