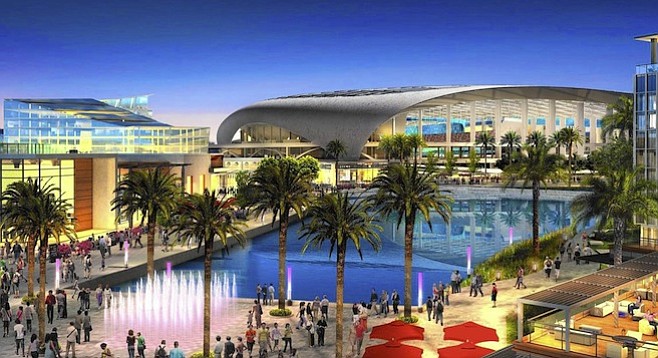 If you want to get on the fast track...

Own a California pro sports team

There’s an old song, “Ya gotta be a football hero to get along with the beautiful girls.” The words are now being changed to “Ya gotta be a pro sports team owner to get your way with the California legislature.”

Yesterday’s (September 6) CALmatters.org had a column by Dan Walters, longtime state journalist, noting that State Senator Anthony Cannella of Modesto spoke a week ago about how sports team owners have a knack for getting their proposed new facilities fast-tracked by the legislature. The owners (many of whom are billionaires) convince authorities to speed their projects through the regulatory thicket of the California Environmental Quality Act, better known as CEQA. The CALmatters story was picked up this morning (September 7) by TimesofSanDiego.

Cannella went on, “And now this year we are considering streamlining for a new A’s stadium in Oakland [and] a new Clippers arena in Inglewood."