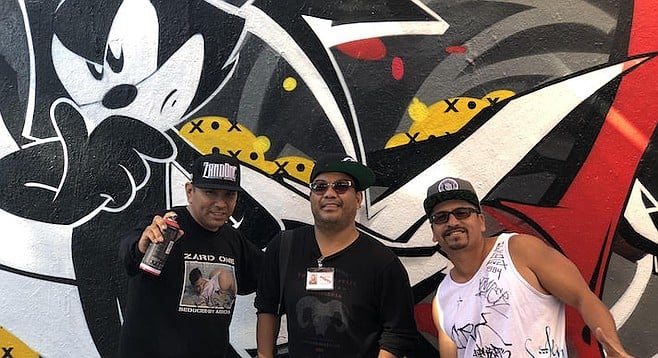 Zard, a graffiti artist, came to Writerz Blok on Market Street on October 22 to check up on a mural that he and his buddy Drex spent three hours spray painting the day before. 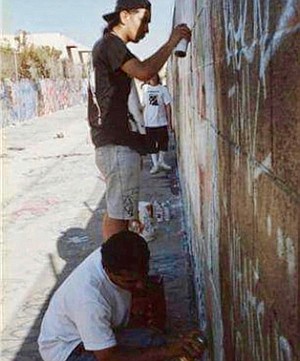 “We laid out the whole background of the mural and I came back on Monday and somebody came in and wrote (tagged) over it,” Zard said.

“I caught [the tagger] inside and what’s messed up is that I just opened up the gate for Zard who was outside waiting to come in,” said Jose, one of the founders of Writerz Blok.

The 10,000-square-foot venue, known as Arts Park @ Chollas Creek, is one of the nation’s first public graffiti art parks. It’s a block west from Euclid and Market 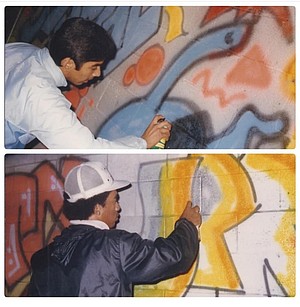 “He (the tagger) meant well by not doing it on the streets,” Jose said, “however, we had another wall right next to it that’s ready (blank) for somebody to just paint, so I was bummed out that he went over Zard’s piece. By him hopping the fence, he can still catch a case by trespassing and we're not here for that; we don’t want to catch people trespassing.”

“Their respect (or disrespect) on graffiti is on a whole different level,” Zard said. “Growing up in the 80s, everybody knew the rules: if there’s a burner (mural) here and if you are not going to do as good or better — you leave it alone. Kids these days just pop. It’s weird because I don’t think they know the history and I don’t think they understand what they are doing.” 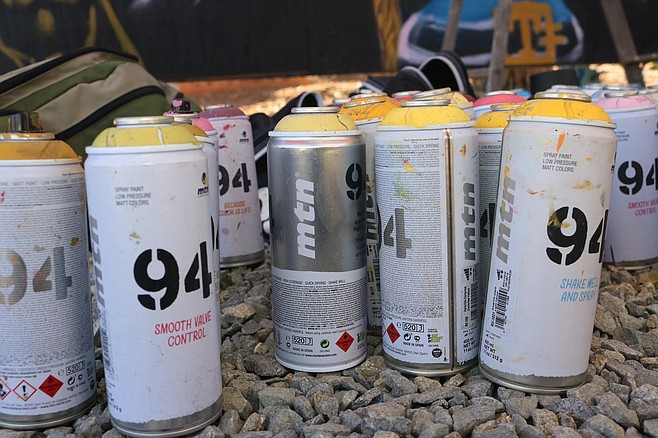 Zard is a 50-year-old professional graphic artist and sign technician that grew up in Sherman Heights. He and his childhood friend Quasar are said by many to be the first graffiti artists in San Diego County.

“Even back in the 1980s, me and Quasar still had that respect and said: “Let’s not destroy something, let’s create something beautiful and instead of writing our name let's go and do a whole big thing.””

In 1983-1984 the two spray-painted large artistic murals all along Imperial Avenue — illegally. 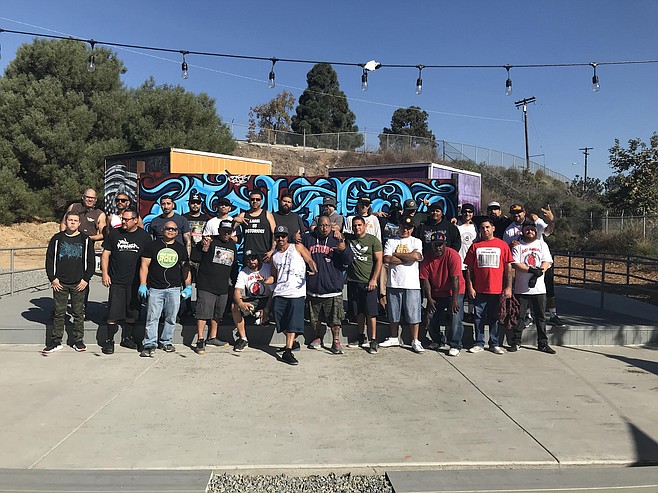 “It was just us running around with duffle bags doing our thing at night time,” Zard said.

In 1985, word on the street was that MTS (Metropolitan Transit System) was seeking out Zard and Quasar.

"It's kind of scary that they're looking for us and we are doing all of this illegal stuff," Zard said. "They did get a hold of us and we basically got hired.

"We painted underneath the Euclid trolley station right across the street from here and we did that for them throughout San Diego. MTS bought all of the paint that we needed and paid us $2.35 an hour (apiece).”

By 1986, the East Line trolley (now called the Orange Line) was completed; Zard and Quasar painted for MTS until 1987. 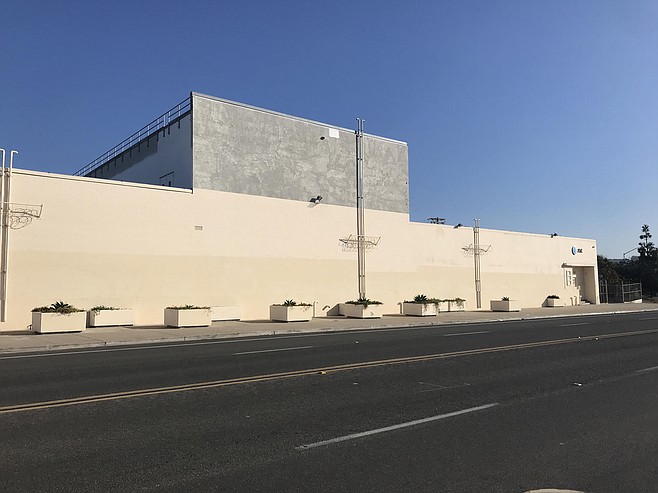 "The ATT wall gets tagged almost every day, and it makes us look bad.”

“Me and Quasar were like the first ones to ride the (East Line) trolley with the mayor and the city council,” he said. “We cut the ribbon and jumped on the trolley and everyone’s in suits except us, a couple ghetto kids.”

Fast forward to 2018, when I met with Zard and other old-school artists on October 27 at Writerz Blok. Quasar wasn’t here, but about 35 San Diego-based piecers and bombers from the 1980s-1990s were here celebrating the third annual Nineteen Oh Four (NOF) reunion.

(A graffiti-artist/piecer/muralist is artistically inclined with spray paint cans. Taggers/bombers are responsible for what is seen in most neighborhoods: quick throw ups of their aliases or crew names — in most cases.)

By now, Zard and his collaborator Drex had nearly finished their mural that was tagged-on five days earlier; the art was centered around Felix the Cat a cartoon character originating from the 1920s.

“I created something a little different,” Zard said, “it’s real bouncy and flow-y and I’ve always been one of the guys that always never followed that line.”

Spek One, one of the founders of the NOF event, painted his bomber name from the late 1980s in cotton candy colors.

“I’m not a big piecer but when I do piece, I keep it funky fresh,” he said.

I then asked Spek One about the tagger that hopped the fence and “stamped out” Zard-and-Drex’s mural.

“It’s really on how you approach the situation, how you carry yourself and how you talk to them,” he said. “If you come at it strong your going to get a strong feel back and that’s automatic …. you can’t change everyone, but you can direct them and guide them in the right direction.”

“But he’s (the tagger that hopped the fence) a grown ass man,” Jose said, “and those are the examples that you don’t want to set for the young ones.”

Jose, Spek One, and Zard spoke of the AT&T building next door which was buffed (painted over) recently.

“We’ve been trying to get the rights to spray paint murals on that building,” Jose said. “We almost had an OK, and they declined the offer. We did not ask for money, we just wanted a space to paint. The reason why we asked for the space is because it gets tagged [almost] every day and it makes us look bad because we are half a block down.”