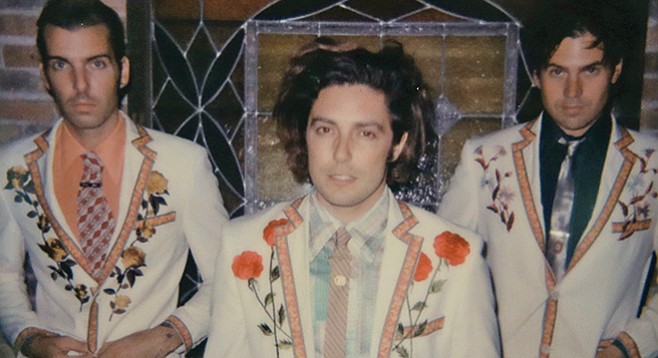 The Growlers can blend a generational tapestry of genres that sounds complex, but is not

The Growlers and Kirin J Callinan

Some of the best rock music has been made in California. The Growlers are the present-day sum of that Golden state legacy. Imagine the Heartbreakers, but with random hints of surf rock, garage rock, British wave keyboards, reggae, country-western, and guitar sounds on loan from the 1960s. The Growlers layer all that and more into an inventive and dance-worthy roots rock show. They call their thing ‘Beach Goth,’ which is misleading. There are none of the trappings of bona fide Goth to be seen. The Growlers look more skate park or Whole Foods than faux vampire.

The band was new in 2009 and fresh out of Dana Point, a coastal California suburb, with the debut Are You In or Out? They have since moved to nearby Costa Mesa and cranked out six more full-lengths, four EPs, and an assortment of singles about middle class worries: “I need a push, give me a lift,” sings Brooks Nielsen. “Just enough to get me going / No I ain’t talking getting rich.”

The Growlers organize their own yearly concert. Launched in 2012, Beach Goth Festival is a Growlers-curated blend of bands — stuff such as hip hop, pop rock, heavy metal, and so on.

Small surprise that Growlers band members Kyle Straka, Nielsen, and Matt Taylor all came of musical age during this latest festival era. Consider that most concert festivals (like our own long-defunct Street Scene) bring fans together to enjoy a profuse sonic cross-section of deejays and jam bands and rap music and random high-level artists and those with no hit radio play at all, bands such as the Growlers. Which explains how and why they can blend a generational tapestry of genres that sounds complex, but is not. Your basic five-chord rock? It’s alive and well on the West Coast.