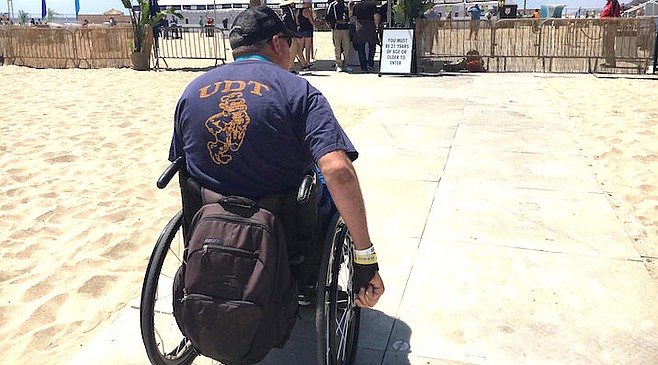 Now anyone can get to the water in Coronado 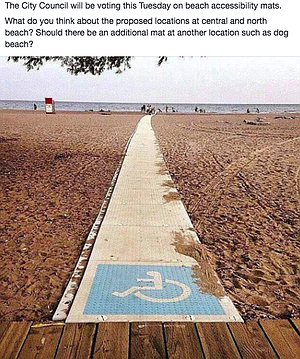 King was referring to the unanimous approval of the beach accessibility mats that will be rolled out over the soft sand terrain which is difficult for residents/visitors with physical challenges and mobility issues — and dogs (at Dog Beach); to pass through and get closer to the shoreline.

“I wasn’t aware that it included the path way to Dog Beach too,” said Barbara. “Everyone, [including dog-owners] need access to the beach.”

“It has been a dream of mine to be able to bring my Black Lab, Marley, to Coronado’s Dog Beach,” said Stefan Freeman.

Freeman, 45 is a C 6/7 quadriplegic. “I have full arms but no real finger function,” he said. “Also no feeling or movements from my mid chest down. I have been in a wheelchair for 21 years and currently use a manual chair with a power add-on (Spinergy ZX-1).

According to the City of Coronado agenda: “...Staff recommends a mat width of six feet, which coincides with the width of the concrete pathway located at the Tower.”

Freeman moved to Coronado in 2012 and “I have used many different mats in my 21 years of wheelie life. The beach mat that I would like to see them use is called Matrax and you can drive a car on it. If they use mesh mats, like IB did this year, I will be very disappointed — it takes a lot of upkeep and is not sturdy at all.”

During the meeting, $55,000 was authorized to be used towards the Central and North Beach locations and an additional $30,000 towards Dog Beach — “which would be adjusted at the midyear budget,” King said.

” ….. [and] we think the maintenance will be fairly low. The lifeguards indicated that they can sweep them off if they needed to be swept off …. they would be stored based upon events, in other words perhaps foul weather and high tides. If there’s a reason for us to roll them up and store them we would — for the most part they would stay out there.”

Freeman hopes that the Dog Beach mat gets done before his dog Marley dies; he’s 13.5 years old. “The portion I’m suggesting will go approximately 800 feet from the sidewalk at Sunset Park to just above the high water line,” he said. “I believe this is referred at ‘mid-beach.’ The path would have to be a minimum of 3-4 feet wide and optimally 6 feet wide or have wider parts In certain spots that would allow for two wheelchairs to pass without incident.”

For Central and North Beach, the agenda states in part: “Staff is recommending the mat cover the distance between the Tower and the hard-pack sand, which is approximately 130 yards …. and a mat be placed at North Beach between Ocean Boulevard and the first row (nearest Ocean Boulevard) of beach fire rings.”

“Many in the community have been wanting this for a long time,” said Coronado resident Pamela who owns two poodles, “but others had opposed saying “it would ruin the beach aesthetics.””

“Mayor Bailey contacted me and in September 2017, we met at Central Beach and I told him my [beach mat] idea,” said Freeman. “He said he would help this become a reality.” 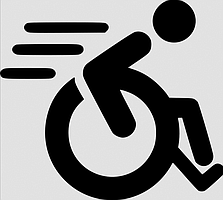 Two thumbs up, and two dog paws up, too! This idea needs to spread to other beach areas.