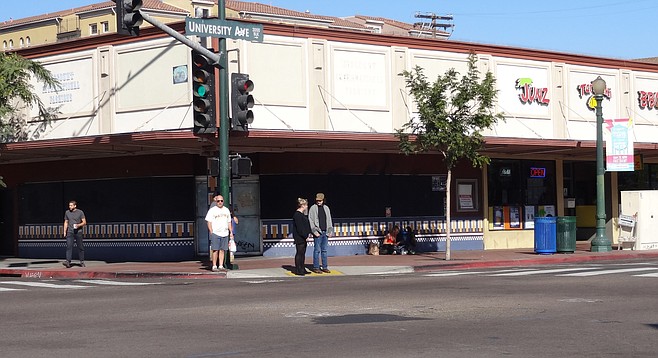 Smells bad on 30th and University

Some empty businesses in North Park squat for years, while homeless park outside on the sidewalk. Two particular storefronts have had a rough time lately finding lessees. 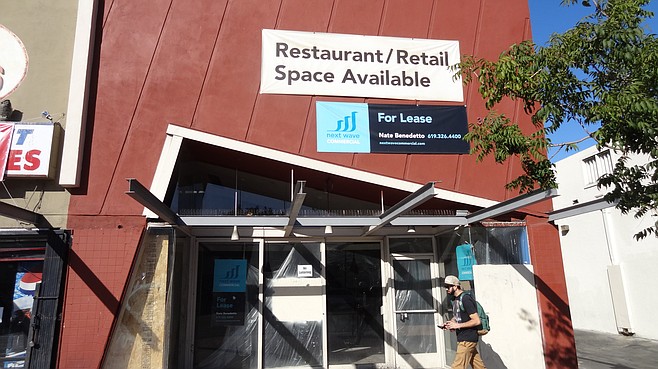 3020 University will become a new restaurant. “I'm not at liberty to disclose the concept yet.”

One is the former Discount International Fashions on the northeast corner of 30th Street and University Avenue. This address has been a homeless spot since the low-price store vacated in 2014. According to attorney and real estate broker Alfred Atallah, “The space is leased. The new tenant is working on plans as we speak. I do not have a timeline on when they plan on opening.” 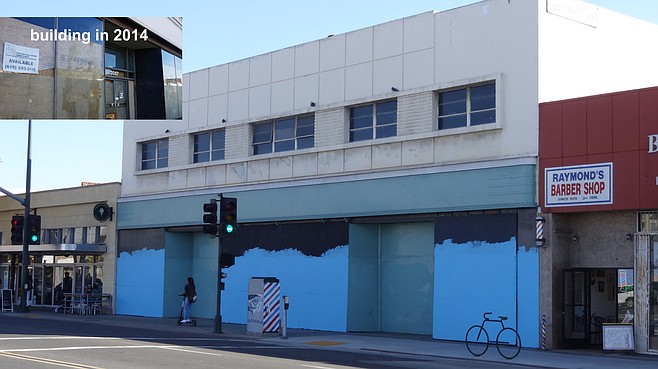 The locale has long been a small homeless encampment. It smells bad on that corner when you walk by. Some pedestrians walk on the other side of the street to avoid it. Apparently the police either can’t or won’t deal with the issue. Their HOT (Homeless Outreach Team) program rates only 2.5 stars on Yelp.com. 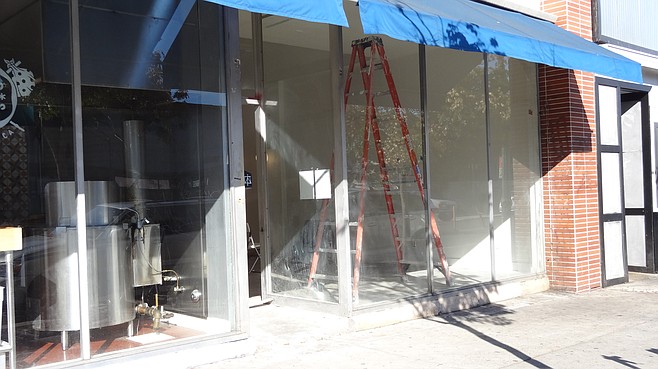 According to Angela Landsberg, executive director of North Park Main Street, “Our expectation is that once the vacant space has a positive use, the negative activity will cease to exist.”

Just west of that location is the odd angular building with a loft that decades ago was one-half of a movie theater. Today the other half is a cigarette store. Located at 3020 University Avenue, it is now leased and will become a new restaurant. Nate Benedetto, principal at Next Wave Commercial, said: “I'm not at liberty to disclose the concept yet.”

That storefront has been a homeless and transient hangout for years. Joe Balestrieri, vice president of North Park Community Association and owner of The Office Bar on 30th off University, said that homelessness is a “complex issue” involving “mental illness, drug abuse and the cost of housing.”

Balestrieri agrees with Landsberg that having a property leased and occupied does make a difference, as it “puts more eyes on the street,” and the operators [business owners] “can help” the situation.

West on 3067-75 University (on the opposite side), the former F.W. Woolworth Co. building still awaits its second chance for shoppers. In March 2012, the San Diego Historical Resources Board approved a request to have the building, with its 1949 Streamline Moderne architecture, declared a historical resource. This designation grants a reduction in property taxes to the owner, under the Mills Act.

The building’s entryway attracts homeless, and they sometimes camp out overnight. Alfred Kerendian, a realtor and owner of International Design & Management in San Diego, has planned to redevelop the space, with first-floor retail, and six apartments on the second floor. But the project has been stalled for years by the city’s dissolution of redevelopment properties.

Remodeling the Woolworth building was estimated a few years back at around $2.5 million, said Kerendian. That amount could likely be more in 2019. While waiting for a resolution, the company purchased a lot behind the building sometime back, and built the Habitat on 31st apartment project.

Nearby at 3104 University, a commercial property was the former home of United Records & Sound, leased by DJ/producer/engineer David Gleason. Opened in 2006, his North Park location closed in late 2017, and the space remained empty until recently. It’s now being renovated.

Gleason said the new shop opening up is a nail and massage salon. “Should be very nice when they finish...a good concept,” Gleason said. In 2013 Gleason bought and renovated a property across the street, at 3077-81 University that was once a Safeway store. Now there’s a salon and a gourmet ice cream shop inside.

After publication, Angela Landsberg emailed this followup: "My organization has continually tried to work with the businesses you mention to help them implement strategies to lessen the negative impacts of people living near and around their property. For example, locking dumpsters, keeping the area free of encampments by having a 'letter of agency' on file with SDPD, and being actively involved in other community efforts. CVS, Smart & Final and others have been slow to come on board with these actions."

The city offers many services to help the homeless, but not many to help property owners who have to deal with them.

I do see student workers from Urban Corps of San Diego out and about in North Park. They are contracted to do litter cleanup, graffiti abatement, power washing, street sweeping, etc. That 30th/Univ. corner definitely needs a weekly power wash (with disinfectant), and I'm not sure if it's happening.

Perhaps not by coincidence, a team from Urban Corps was cleaning up at that intersection today. 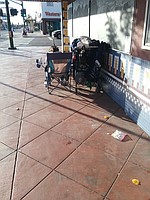 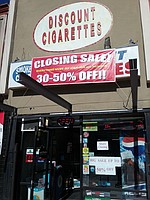 The 3020 University location is still remodeling to become the breakfast eatery Flap Your Jacks (flapyourjacks.com ). And 3002 University remains closed; not sure what will be there.

So here we are a year later. The same person is ensconced at the corner. Meanwhile, all we hear is excuses from North Park Main Street. That corner of North Park is a disgrace. 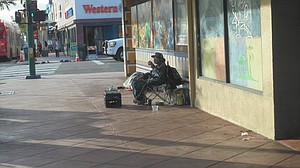 I wonder what's going to happen when all the street parking is gone? I won't be shopping around that area anymore. So more empty buildings as businesses close shop because there are not enough people riding bicycles to their shops?

Is there any visible tenant improvement activity going on at 3020 University?

Yes, I've seen lots of expensive ongoing renovation happening at 3020. It's going to be a flapjack eatery. Somewhat of a new approach to the stale IHOP places, which I assume are still around.