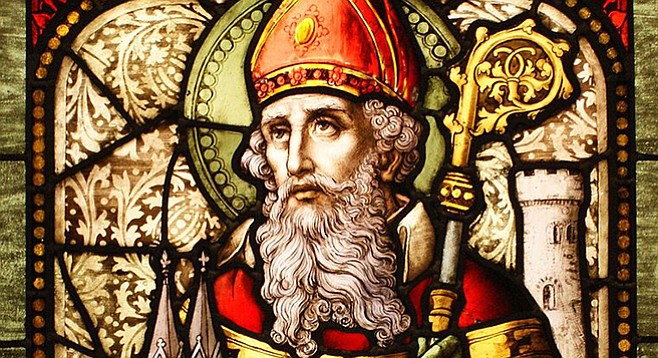 "The Lorica" by Saint Patrick

The country could be called "The Isle of Poets"

St. Patrick (circa 5th Century) was the Apostle of Ireland, the first to bring the Catholic faith to the Emerald Isle and the man whose name has forevermore been associated with the “Isle of Saints.” While most likely not written by the saint, “St. Patrick’s Breastplate” is a poem-prayer recalling the protection that God gave St. Patrick and his followers, turning them into deer so that they might pass unharmed through an ambush set by their pagan enemies. Whether it is original to St. Patrick, the Lorica (Latin for “breastplate”) captures both the faith and the poetry of a country that could just as well be called the “Isle of Poets.”