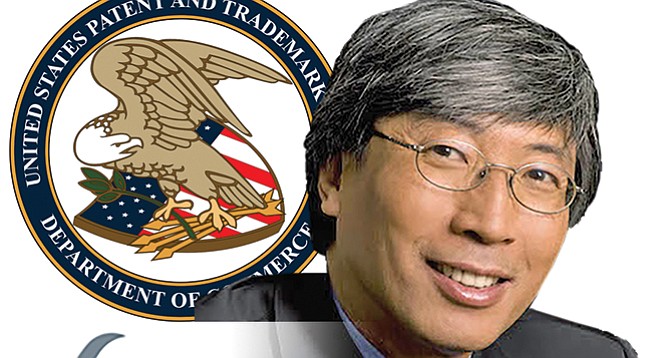 Local journalism may not get the cash

As denizens of San Diego and Los Angeles await the pending takeover of their cities’ respective newspapers by wealthy L.A. physician Patrick Soon-Shiong, speculation is rampant regarding the future direction of local journalism. But those hoping for a significant infusion of cash into the papers by the pharmaceutical billionaire could be in for a disappointment, judging by a dispute in federal court over a losing patent battle by Soon-Shiong’s NantKewst, Inc., a drug-development outfit with a lab in San Diego.

As reported by Law.com February 28, NantKwest is fighting against having to pay a paltry $78,000 in legal fees to the United States Patent and Trademark Office after federal courts upheld the denial of the firm’s patent claim for treating cancer with “natural killer cells.” The patent office had rejected the application on the grounds of “obviousness,” according to court records. Notes Law.com, “Section 145 of the Patent Act provides that the patent applicant must pay ‘all of the expenses’ of the district court proceeding regardless of outcome.” NantKest maintains the law is overly vague and will soon present its case to the full federal circuit court of appeals in Washington.

Meanwhile, a local anonymous ex-employee of NantWorks, Soon-Shiong’s umbrella organization that also has a San Diego branch, posted a mixed review on Glassdoor.com. “I worked at NantWorks full-time (More than a year),” said the report. “Pros: Most of the colleagues were great. Cons: Entire office was laid off unexpectedly.”

Responded NantWorks: “We know this is a difficult time for all of us and especially you. Our intent as an organization is to be as transparent as possible. Management evaluates the portfolio companies and determines which products and services will continue to drive our mission and vision of delivering next-generation therapeutic treatments and solutions to patients. Although you were not directly employed by NantWorks, we hope that you will keep us in mind as a future employer.”

I don't think any of this bodes well for the San Diego (non)Union.

If I'm befuddled, forgive me. He shells out a half billion bucks for these media properties, yet will starve them of capital and operating cash? Why he thought such shrinking newspapers were worth that breathtaking sum, I cannot imagine. tronc might have paid him to take them off their hands, under one pessimistic scenario.

The real situation here is that nobody knows nuthin' about the prospects for those papers, and that will remain the case for quite some time. All we can do is watch, wait, and if so inclined, weep. Jeff Light will continue to lose weight, look progressively more gaunt, and try to keep a happy face. A turnaround? Possible but most unlikely for many reasons.