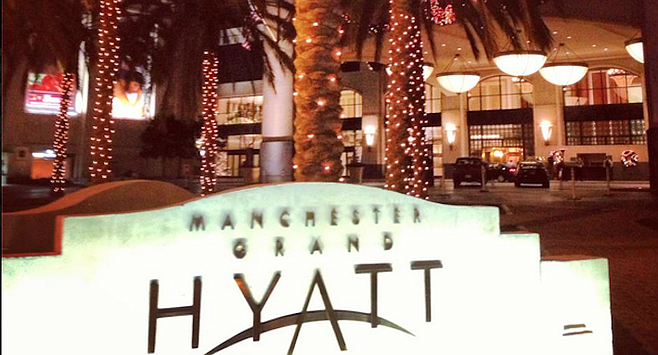 Nearly half of political proceeds come from outside San Diego

With its main newspaper in the hands of a Los Angeles billionaire and its TV stations mostly acquired by national mega-corporations — the latest KFMB, the venerable local broadcaster taken over by Virginia-based Tegna last year for $325 million — a growing segment of San Diego politics is being paid for from out of town, with locals none the wiser. 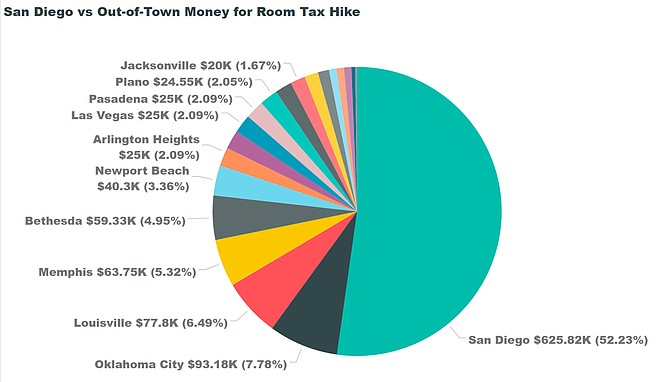 The list of non-San Diego players scattering their financial largess to local politicos stretches from short-stay operator Airbnb to private prison purveyor GEO Group, both of which are assisting the effort by San Diego Chamber of Commerce honcho Jerry Sanders and his protégé Kevin Faulconer, San Diego's mayor, to get a convention center expansion room tax hike on November's ballot.

The flow of outside money and consequent foreign control is revealed in the list of donors to Yes! for a better San Diego, a Sanders-led political committee bankrolling the putatitve ballot measure.

From the beginning of this year to date, $626,000, or 52 percent of the $1.2 million donated by corporations and a few individuals to the tax hike petition drive has come from entities that are domiciled in San Diego, per campaign disclosure filings. The rest of the cash was dispatched from Texas, Florida, Oklahoma, Tennessee, Maryland, and places in between, raising questions as to how much the operations benefit the local economy.

Host Hotels, listed as proprietor of the Manchester Grand Hyatt, and IA Lodging (Andaz San Diego), both with Oklahoma City addresses, came up with a total of $93,175, placing the Sooner State first among outside donors with 7.8 percent of the grand total.

Among San Diego donors, Sempra Energy, battling efforts to break up its San Diego power distribution monopoly, placed first with $125,000, almost 20 percent of the total collected so far this year.

Bartell Hotels, which leases the real estate occupied by its hostelries from the Port of San Diego, was second at $64,650, a little over 10 percent of the San Diego total. Bosa Development US Corporation, the downtown condominium developer that originated in Canada,placed third at 8 percent, with $50,000.

I don't know that I'd call it "foreign control," but it's interesting to learn about what kinds of outside entities see fit to suck up to the Mayor and Chamber by supporting their ballot measure to raise the hotel tax and add to the sprawling Convention Center -- Airbnb and a private prison operator? Lobbying is protected by the Constitution, but this is ridiculous. Who at the City was responsible for corralling these groups? Thanks for the pie-chart.