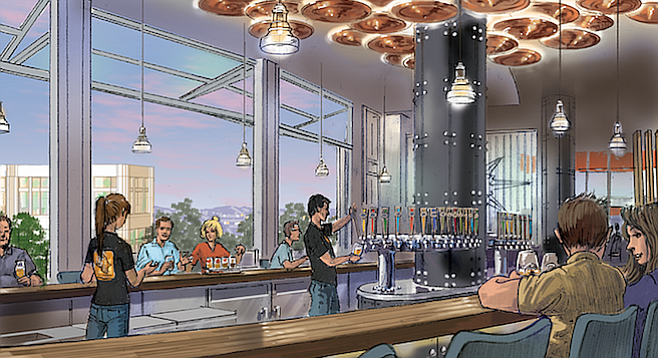 A Sculpin house for the Mouse

They took San Diego beer to the World Series, and now they're going to Disneyland.

Ballast Point Brewing has announced plans for later this year to open the first-ever brewery at the Disneyland Resort in Anaheim. Technically, the three-barrel brewpub will bring a restaurant and beer garden concept to the Downtown Disney District, a branded restaurant, entertainment, and shopping center located immediately outside the Disneyland and California Adventure theme parks that doesn't require park tickets to access. 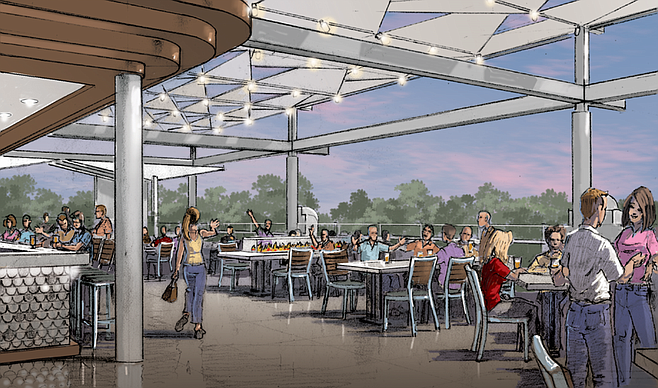 Artist's rendering of the drinking patio of the announced Ballast Point brewery at Disneyland.

Ballast Point president Marty Birkel said via press release that, "We couldn’t be more honored to work with such an icon in our great state and become the first brewer at Downtown Disney."

A spokesperson for Ballast Point added that the opportunity came as a surprise: "Disney approached us with this idea, which we weren’t expecting! One of their employees had visited a few of our tasting rooms here in San Diego and had a great experience."

Since its 2014 acquisition by Constellation Brands, the third-largest beer company in the United States, the homegrown San Diego brewery has expanded greatly, both in terms of distribution, physical locations, and brand recognition — including a pair of commercials advertising its flagship Sculpin IPA to a national audience during game seven of the 2017 World Series.

Additionally, Ballast Point has added a Temecula tasting room, a research and development brewpub in Long Beach, a production brewery in Virginia, a new mixed fermentation brewing facility in Miramar, and has previously announced plans to build a brewpub in Chicago.

Ballast Point is characterizing the Disney property as a research-and-development brewery that will also serve its core lineup in a family-friendly space, alongside Baja fish tacos and other dishes that have performed well at existing Ballast restaurants in Long Beach, Miramar, and Little Italy.

The Happiest Place on Earth needs beer?! Start the kids on the path to an alcoholic Tomorrowland.

I think Walt is rolling over in his grave about now.