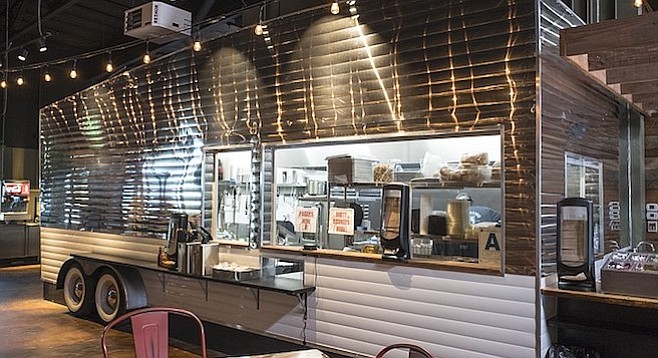 The Beaver has more to belch about

Belching Beaver Brewery debuted its new Pub 980 concept in January, taking the unusual step of converting the tasting room of its original Vista brewery location into a casual eatery with a taproom bar. 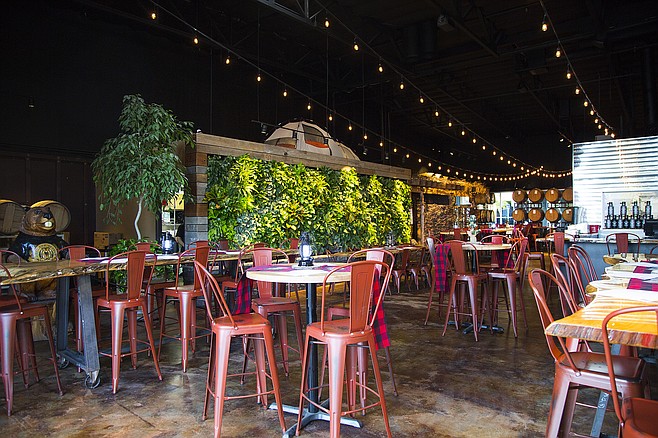 Since opening in 2012, the Beaver has established offsite taproom locations in North Park (4223 30th Street) and Ocean Beach (4836 Newport Avenue), opened a brewpub in Vista Village, and built a new production brewery in Oceanside (1334 Rocky Point Drive). Since the Oceanside facility went online, the original south Vista brewhouse has continued to brew and serve beer, in part being used to develop a sour-beer program.

However, as more breweries cropped up in the immediate vicinity over the years, sales at the Vista Belching Beaver declined. No fewer than 20 other alcoholic beverage producers operate within a three-mile radius; that number has dropped in recent months as others have been forced to shut down.

"There's a lot of competition," acknowledges Beaver cofounder David Mobley. "We saw a lot of drop-off, so we wanted to reinvent, bring food in."

Between the new rule limiting food options and increased competition, Belching Beaver's owners saw an opportunity to stand out. They doubled the size of the brewery space, taking over the adjacent warehouse suite, and invested in building a kitchen. Rather than build a brewpub — a restaurant with a brewery inside — they did it the other way around.

"It's still a production facility," says Mobley. "We still have warehouse zones and space, but it's a restaurant within a brewery."

Mobley — also an architect — put together a redesign of the tasting-room interior with the help of Pub 980 general manager Karye Wallace, who's worked at this location almost since it opened five years ago.

"I've always wanted this place to be a happy, fun, family-friendly place," says Wallace. "And being in Southern California, what do people love to do all the time? They want to be outside."

So, she and Mobley designed an outside-indoors concept. Under the brewery's high ceiling, the kitchen has been made to resemble an Airstream trailer. Over the bar, fishing poles dangle fishing lures made with LED lights and Belching Beaver bottles and cans. To one side, plants grow along a living wall, fed by a live koi pond at its base. Dome canvas tents are used as decoration, and Mobley's ultimate goal is to hang a few as lighting fixtures, akin to Chinese paper lanterns. In the actual outdoors, fire pits populate a beer garden outside the brewery.

Along with providing fast-casual burgers, hot dogs, cheesesteaks, and wraps, the kitchen allows the bar to serve guest taps, including wine, mead, and cider, in addition to beer.

Mobley says he and cofounder Tom Vogel share an interest in wine. "Tom and I used to make wine together before we started brewing," he says. The idea of someday opening an urban winery is something they've discussed.

However, next up, Mobely says, is building a restaurant at Belching Beaver's Oceanside brewery.