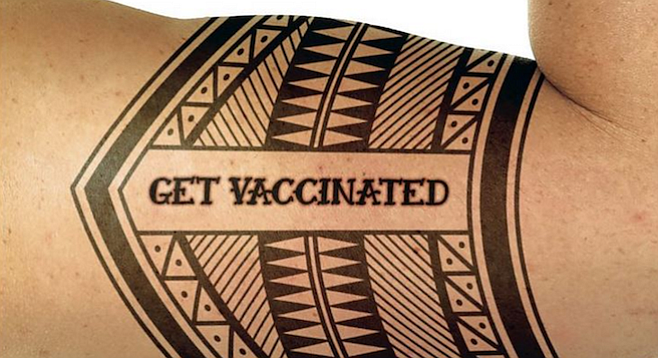 "It’s spreading ignorance about the situation."

“My mom saw that [flier],” said Matthew Manroe, “and then she hit me up and asked if it was something that I was worried about catching [hepatitis A] from doing tattoos.” 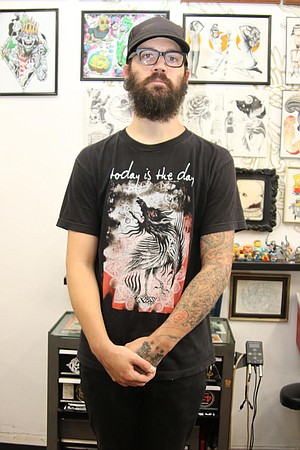 Manroe, 34, has been doing tattoos out of the Apogee Tattoo Parlour shop (located at 935 E Street) for the past seven years. Like many others in the industry, he’s been bothered by a specific hepatitis A flier being posted near where the homeless population gathers.

In the past week, due to the hep A outbreak in San Diego, portable hand-washing stations were dropped off around town to help minimize the spread of the disease. Some stations had fliers taped on them that depict a tattooed arm that reads “Get Vaccinated” and “Protect yourself from Hepatitis A.”

“It tarnishes the tattoo community by having a picture like that,” Manroe said. “There are about 25 tattoo shops around here.”

Manroe and a few other tattoo artists on social media say that the tattooed bicep on the flier portrays a misleading message that tattooing may be the cause for the viral outbreak. 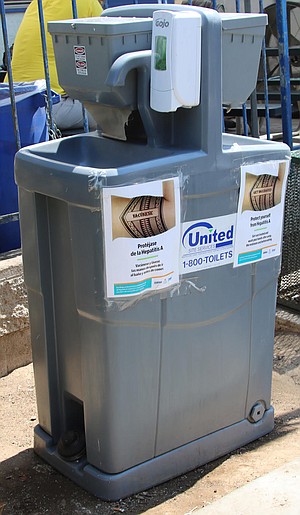 About a mile away from Manroe’s shop sit two portable hand-washing stations. One is by the 17th Street/I-5 entrance, and the other in front of the Neil Good Day Center for the homeless at 299 17th St.

While the county stated that “This disease is a highly contagious liver infection that is spread when a person ingests food or water that has been contaminated by the feces of an infected person," Manroe says, "it’s spreading ignorance about the situation and [it’s] affecting the San Diego economy.”

Christopher Yepez spent a fair amount of money on his “body-armor” tattoo collection. He’s a “high-rated” Uber driver who has noticed the controversial hep A fliers, too. “The tattoo on the flier is kinda like Polynesian,” he said. “Because of this, people are getting the wrong ideas about getting tattoos and tattoo shops.” 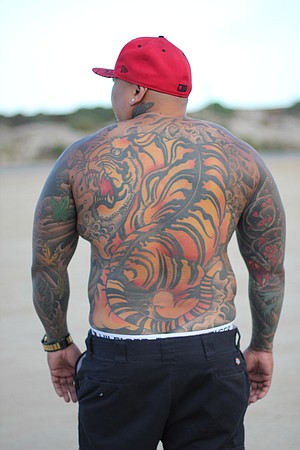 Yepez said that he comes from a “conservative” Filipino-American family and it was difficult for his Kababayans (countrymen) to accept him for the 90 percent tattoo coverage of his body. He said that the general public has finally gotten out of the mindset “that people with tattoos just got out of the jail or they always do bad things” and that the fliers might reinstill that negativity.

“It’s like we went back into time,” said another tattoo collector who was passing through. “They need to remove that tattoo [on the flier] and just leave the arm.”

Manroe made it clear that his shop (which charges $125 an hour) and other shops have to pass periodic health inspections. In addition, each artist (two others in his shop) must have their own licenses on top of his business license.