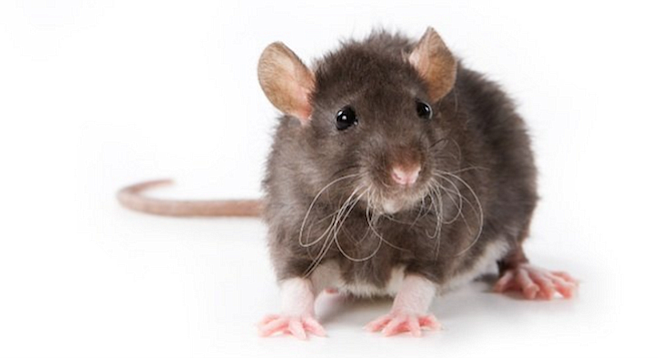 Bacterial infection risk to keep corporation in court for a bit

Attorneys for the family of a ten-year-old boy who died after getting bitten by a rat his grandmother bought at Petco have accused company executives of hiding documents in order to defeat a 2014 lawsuit the boy's family filed.

Last month attorneys for the boy's father, Andrew Pankey, filed an appeal after a jury found Petco not liable for Aidan Pankey's death earlier this year.

Aidan Pankey's grandmother purchased the rat at a Petco in Carmel Mountain Ranch in May 2013. On June 11 that year Aidan woke up with a high fever and stomach pains. He died days later from what doctors discovered was rat-bite fever, a sometimes fatal bacterial disease spread by rats through bites and scratches

In 2014, the boy's family sued the national pet chain for selling the infected rat.

During the next two years, attorneys for the boy's family say Petco fought to keep documents that mentioned rat-bite fever hidden...that is, until two days before the trial began, when Petco provided Pankey's attorneys with 131,000 pages of emails and other previously undisclosed documents.

The emails, say Pankey's attorneys, show that executives knew of far more cases of customers and employees who contracted rat-bite fever than they had testified to.

In addition to the document dump, attorneys say the judge in the case failed to provide for a fair trial by not allowing them to argue that customers who buy rats from Petco should be afforded certain consumer protections.

"Over the course of the trial, it was clear that ordinary consumers would not expect that a pet purchased from a large pet store would carry a hidden and deadly danger," says Pankey attorney Bibianne Fell. "Unfortunately, the question of ordinary consumer expectations was not posed to the jury. We believe this would have changed the outcome of the case.

"For that reason, we believe it is time to have the Court of Appeal provide guidance in this new area of law. Our hope is that the Court of Appeal will agree that the jury should have been asked whether a deadly diseased rat is consistent with consumer expectations and that we will have the opportunity to try the case again under that standard.”

But Petco's rat problem is larger than the current appeal. In June of this year another person sued the San Diego–based pet chain after she contracted the disease from a rat she purchased at a Petco in Hawaii.

Sandra Coppola purchased two pet rats on June 27, 2015, from a Petco in Lihue, Hawaii. That day one of the rats bit Coppola's finger. The bite became infected. Coppola was hospitalized. The bacteria attacked her joints and doctors had to surgically repair and replace one of Coppola's knees.

That case is now in San Diego Superior Court.

"The danger of rat-bite fever is real," says attorney Fell. "Until Petco is forced to put consumer safety first in pet rat sales, we will continue to see these kinds of serious injuries to unsuspecting pet owners.”

In response to a request for comment, Petco issued the following statement: "We remain deeply saddened by the Pankey family’s tragic loss and are committed to continuing to provide the highest level of safety to our customers in the future. The safety of people and pets is always Petco’s top priority. We agree with the jury’s ruling, which validates our position that proper care, protocols and guidelines were adhered to by Petco in this case."

Never underestimate the stupidity of jurors.

When Petco prevailed in that suit, I was surprised. Now we are hearing more about how that happened, and that an appeal is underway. My take is that the plaintiffs have strong grounds to make an appeal go their way.

On a personal note, I cannot imagine why anyone would want a rat for a pet. Hey, I spend money on pest control to get rid of them, keep them out of the attic, and make my life more pleasant.

To Debra Kuzma on Facebook: 1. The black plague spread to many countries; it wasn't just in Europe. Google it. 2. It's the fleas on the rats that actually carry the disease.