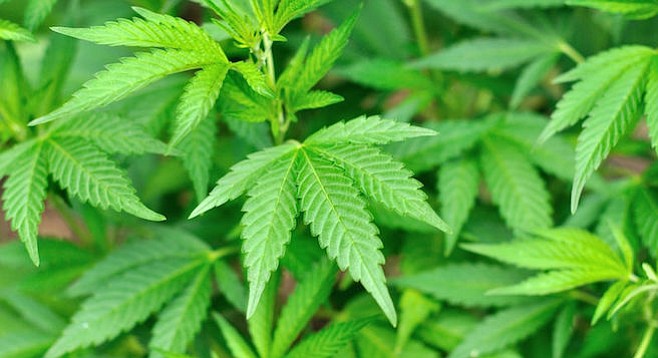 "What we're arguing for is the right to exist as businesses."

Legal marijuana consumption for purely recreational purposes will debut next January, following the passage of last year's Proposition 64. But a group of established providers of medical cannabis worry that the City of San Diego is dragging its feet on implementing measures that will allow supply to keep up with demand.

Elizabeth Wilhelm, president of the San Diego Cannabis Delivery Alliance and an independent medical marijuana delivery provider, is orchestrating a push to get the city council to formally recognize businesses like hers.

"We're working to get language inserted for independent, non-storefront delivery," Wilhelm says of a request her group will make before the council on Monday (September 11), when the body considers an ordinance that would establish legal guidelines for siting marijuana cultivation and quality testing facilities within the city. "Functionally, we're trying to put retail language into a non-retail ordinance."

The motivation to include delivery in the mostly non-consumer-facing law is one of expedience.

"The retail side is already said and done — there's a total of four stores allowed per council district. So far, 16 permits have been issued over the course of the last four years," Wilhelm continued, noting recreational retail laws that closely hew to those for medical dispensaries. The four outlets per district is also a misnomer, given that zoning restrictions mean not all districts have four, or even any, suitable sites.

"If you own a licensed storefront, you are the only authorized source for delivery at this time. It's my understanding that of the 16 permitted retailers, 8 are also offering delivery," Wilhelm said. "To think that 16 stores, even if they all deliver, are going to be able to serve a population as big as San Diego is simply not realistic."

There have been some parallels to prove her point. Las Vegas, which rolled out legal pot in July, has seen a 200 percent price spike in recent weeks caused in part by a shortage of both product and retail locations.

"Right now, [delivery services] have been operating 'legally' under SB 420 and Prop 215. Come January 1 those protections are gone, so It's imperative that we get language inserted on Monday so that as we approach this deadline, licenses can be issued for delivery. Without a local license no one can get a state license, so essentially they'd be putting two to three hundred small businesses out of business."

Senate Bill 94, which addresses some of the minutiae of implementing Prop 64, does include a provision for independent delivery services, though it leaves the decision to implement a program to local government.

While Wilhelm says that "several" councilmembers have expressed support for her group's push for inclusion in the coming marketplace, none have committed to introducing a motion to formally insert language in favor of mobile dispensaries.

"We've been in touch with every single councilmember, some of them on a repeated, long-term basis," she said. "There are definitely councilmembers who support what we're doing; the problem is finding someone willing to stand up and make a motion.

"This isn't about cannabis anymore. Cannabis is legal now — what we're arguing for is the right to exist as businesses."

Politicians used to promise "a chicken in every pot" and soon it'll be: "pot in every chicken." ;-) 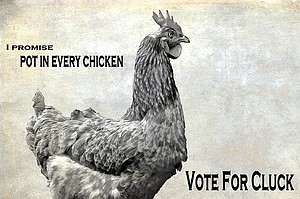