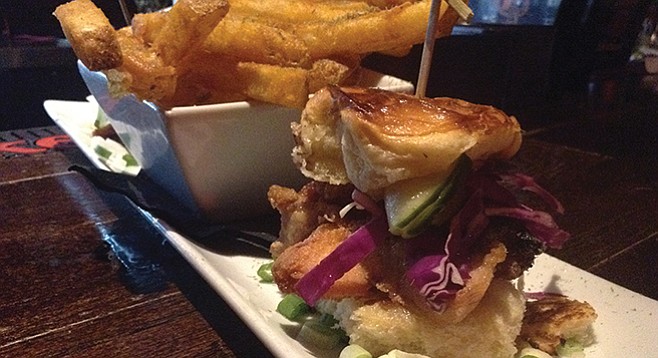 A new addiction at the Nectar Room

The glowing corner of 14th and C

That Theresa Gunn. She is something else. I’ve just come reeling out of the Saville Theatre at City College where her students have been telling it like you can hardly believe it is. Performances of life in the poor lane, by girls, mostly solo mothers, 14 to 24, who read their own poems about their daily reality (“Grandma smiled when she hit me”), dreams (“I dream of a big home near a library with 10,000 books”), growing up (“I was raised in a dark bus…a mother who never asked where I was… a daughter taken from me”). The words might not be exact. I jotted them down in the dark. But you get the idea. 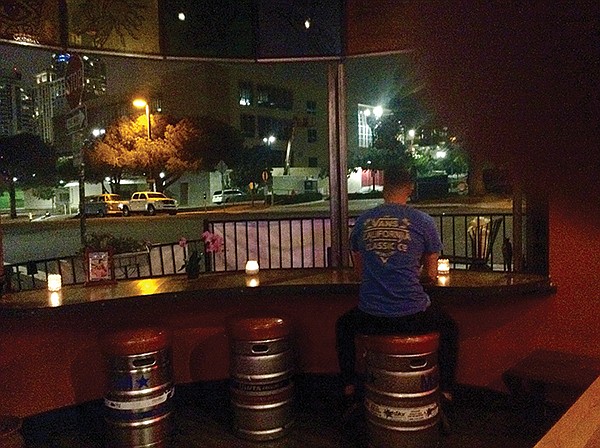 They’ve opened up the curved corner so you can sit up to a counter from outside or inside.

Half the time, the girls break down halfway through reciting their poems. It’s too personal. But other girls come straight up and hug and support them till they get through it. And somehow you feel how turning suffering into art gives them power. 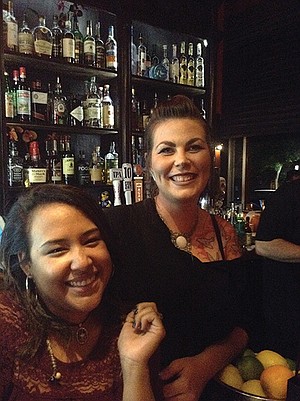 That’s Theresa’s idea. I was wanting her to come have a bite afterward, talk about this Street of Dreams thing she has created, but she’s got a swarm around her. So I head across to 14th and C. 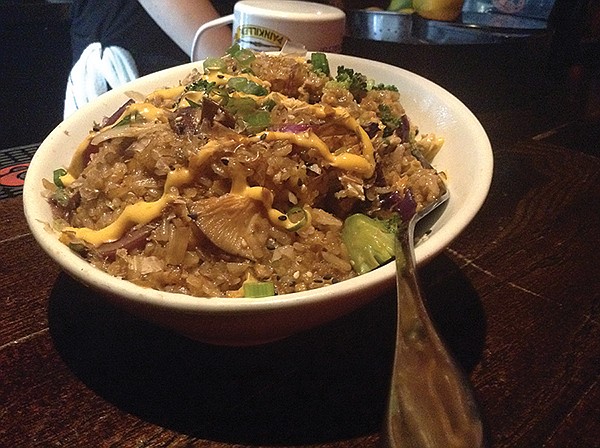 Fried rice — I get about halfway through before I have to stop.

Oh, yes. This glowing corner. Somehow changed since I was last here. Well, not that much. Still got City Boxing next door, still got li’l ol’ wooden houses stilting back over the hillside, still got Soon Lee’s Chinese Laundry, with its tidily-wrapped brown-paper packages of shirts waiting for pick-up. But the corner, which Hive Sushi Bar used to use to warehouse customers when Hive’s main cavernous underground room was slamming — say, 11 on a Friday night — has what looks like a super-cozy bar-eatery in its own right. 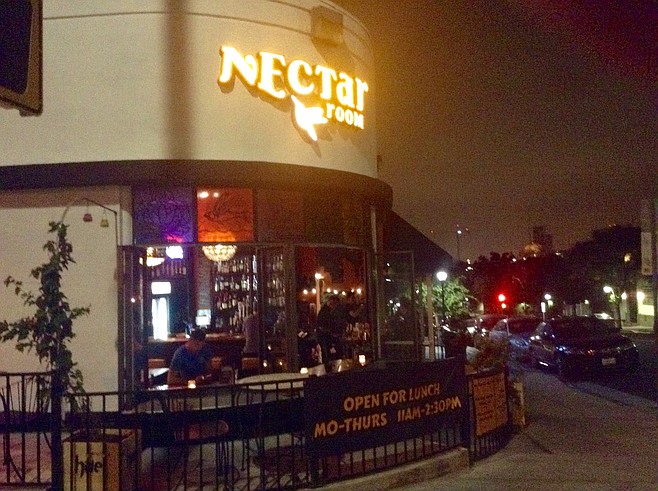 This corner somehow changed since I was last here.

This is called the Nectar Room, and I see they’ve opened up its curved corner so you can sit up to a counter from outside or inside.

Desafortunadamente, that was happy hour. This ain’t. I mean, the difference isn’t that bad. California roll’s $7 instead of $5, nigiri’s $6, but that’s for two.

First up, I order a draft Kirin Ichiban, $6 ($5 in HH), and check out the Bites and Plates section of the menu. Interesting, but not that cheap. Crazy Gyoza (dumplings) are $8 for five pieces. Delicious-sounding bacon-wrapped scallops, pan-seared with a spicy sweet aioli, cost $11. Specialty rolls run between $12 and $17.

Guy sitting up to the bar next to me, Leland, asks for the chef to make him a special: a plate of two chicken sliders ($5 each) with a side of Japanese fries ($2). Ooh. That looks interesting. But off-menu. The menu only lists $5 tuna sliders with sweet Thai chili and soy-marinated tuna, or pepper-seared tuna sliders, or thin-sliced Kobe sliders with caramelized onions.

When Leland’s two chicken sliders come, they look small but delicious. And one of the Japanese fries he lets me grab is really spicy, too.

“A thousand dollars!” this gal’s saying to the guy on the other side. “That’s what a weekend at Disneyland with my niece cost me.” She leaves. He falls into grooving to the Doors’ track, “Alabama Song (Whisky Bar)” playing on the jukebox. It’s a great number, too:

“One of the greatest,” he says.

Come to think of it, he looks a little like Jim Morrison himself.

In the end, I give the nod to fried rice, just because it seems like a solid deal. And I’m curious about dirty rice. You can get fried rice with veggies ($10), chicken, shrimp ($11 each), chicken and shrimp combo ($12), or dirty.

She’s right. Bowlful doesn’t look like much but it’s too much. I get about halfway through before I have to stop, and not because it’s boring. It has a beautiful, complex, umami taste that’s of fish but not fishy. It combines the salmon skin and the soy and eel sauce, the sesame, whatever, and it is addictive. I order a second Kirin Ichiban to help it down.

Bobbi says she’s been here three years. “I made the suggestion to open up this corner of the Hive, make it like a little neighborhood pub in its own right,” she says. “It works. I’ve built up a ton of friends who just drop in.”

This is when I suddenly remember. Carla. We’ve got an early start tomorrow. Said I’d be back like, now.

On the other hand, still have two-thirds of my second Kirin to go.