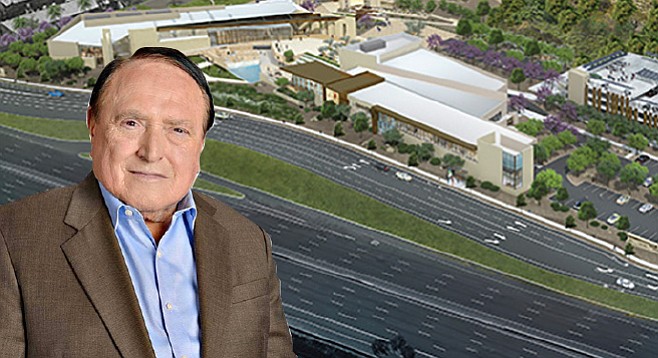 As Republicans’ grip on San Diego’s city council loosens, big labor has filled the void by getting into the city-hall advocacy game in a big way. The latest player to file as a labor lobbyist is Altshuler Berzon LLP, which bills itself as “a San Francisco law firm dedicated to providing the highest quality representation in the service of economic justice and the public interest.” Says Altshuler’s website, “We specialize in labor and employment, constitutional, environmental, civil rights, class action, campaign and election, and impact litigation, at both the trial and appellate levels.”

The firm’s San Diego client is Unite Here Local 30, the hotel workers’ union opposed to the environmental impact report for the Town & Country redevelopment project along I-8 in Mission Valley. Tony LoPresti, the lawyer on the case, per the September 27 disclosure filing, used to work as a policy advocate and campaign director at the Environmental Health Coalition in San Diego. United Here’s lobbying statement, filed September 18, says the union is opposed to rezoning of the Town & Country property.

San Diego city auditor Eduardo Luna is out with his latest Quarterly Fraud Hotline Report, featuring a list of investigations in progress. In the category of “Open/Unresolved” are allegations including “potential fraud in Jury Duty payments for City employees”; “fraudulent financial reporting related to a contract for assets and services”; and “abuse and violations of environmental testing standards.”

Matt: Your anti-union bias is showing. All unions have labor law firms. There are very few law firms that specialize on the labor side of labor management. For every law firm that represents labor there are a hundred that represent business.