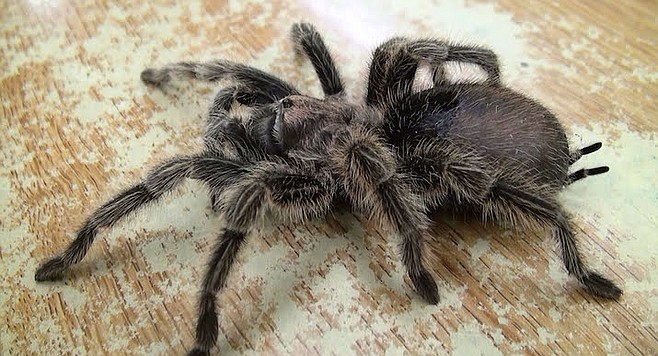 And the nearly imperceptible temperature drop

Autumn Color in San Diego County’s mountains reaches its greatest intensity in late October and early November. The forested heights of Palomar Mountain are especially colorful right now. Black oaks on Palomar’s rolling uplands will be exhibiting bright yellow and brown hues for the next few weeks. The shimmering leaves of the Lombardy poplar, an Italian import that has taken root at the south end of Lake Cuyamaca, delight the eye with their golden radiance.

Local Air Temperatures should be declining most rapidly during this time of year, according to more than a century of local meteorological records. With every successive week, daily maximum temperatures are declining by about three-quarters of a degree Fahrenheit, and daily minimum temperatures are plummeting by about 1° Fahrenheit. (This gradual onset of fall/winter chill is probably all but unnoticed by most newcomers from harsher climates.) By January our mean temperature will have fallen to about 55°, from an average temperature of about 70° in August.

Roaming Tarantula Spiders are occasionally seen this time of year crossing rural roads or marching through some of San Diego’s canyon-bordering neighborhoods. Doggedly searching for a mate, a male will try to hold its course despite your best effort to deflect or hinder him. Docile in temperament, most tarantulas will tolerate gentle handling; they may bite, however, if provoked. Despite their fearsome reputation, tarantula venom is less powerful than a bee’s.