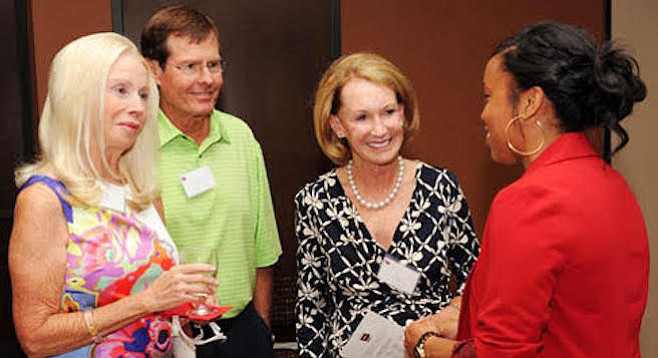 A political committee calling itself Friends of SDSU has vowed to raise sufficient signatures for a measure on next November's ballot to do battle with SoccerCity's initiative regarding privatization of the city-owned Mission Valley venue once known as Qualcomm Stadium, and intrigue has ensued.

SoccerCity is "nothing more than a land grab,” and its sponsors are “land developers seeking vast profits today," contends Friends of SDSU, which dubs its competing proposal for the stadium land SDSU West.

Among the latest to kick in for Friends of SDSU is La Jolla's Ken McCain, president of McCain Investment Group, who came up with $24,557 on November 7, filings show. 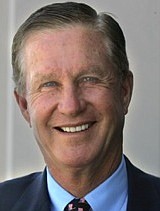 In addition to his charity work on behalf of the university, McCain has been a longtime donor to the Manchester Family Life Foundation, a nonprofit run by former Union-Tribune publisher and GOP developer Douglas Manchester.

"He's a friend. I've known the family for 25 years. Our kids played baseball together," McCain said of Manchester in a November 2011 telephone interview regarding the money manager's $15,000 gift to the foundation. "He's been very, very helpful over the years to many organizations in the community…. He tries to be good."

But SoccerCity backers have questioned Manchester's dealings with Friends of SDSU leader and ex–San Diego city manager Jack McGrory regarding proposed construction of an NFL stadium for a team yet to be identified. 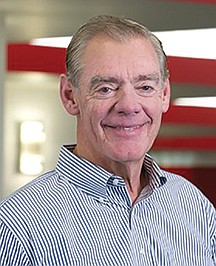 “Now we come to learn that while Jack was leading negotiations for the university, he was simultaneously part of a project team pursuing its own plan for the same site," SoccerCity partner Nick Stone told the Union-Tribune, noting that McGrory was featured in a letter Manchester sent to the NFL.

"I have absolutely no interest financially or in any other way to be part of any team or group that wants to redevelop Qualcomm on a for-profit basis,” McGrory was quoted in reply. “Zero. Won’t happen.”

Added Manchester, "There is zero nada partnership! Jack is interested as am I to have the best outcome for SDSU and greater San Diego area so no nada conflict."

But suspicions linger — fueled by McCain’s money and recent contributions from two big Mission Valley landowners — that the plan being touted by Friends of SDSU will ultimately become a way for entrenched developers to enrich themselves at public expense.

As longtime developer and SDSU booster Kim Kilkenny told the university's KPBS nonprofit broadcaster in September, the SDSU measure would allow "San Diego State to develop a plan and a new campus and partner with private entities to create a very new vibrant community.”

Big Mission Valley players backing Friends of SDSU include developer Tom Sudberry, who gave $74,000 on November 9, and H.G. Fenton Company, which came up with the same on November 20, per city campaign filings.

Sudberry and Fenton also bankrolled Public Land, Public Vote, the political committee behind the successful lobbying effort to convince the city council to push the public vote on SoccerCity to next year's general election ballot.