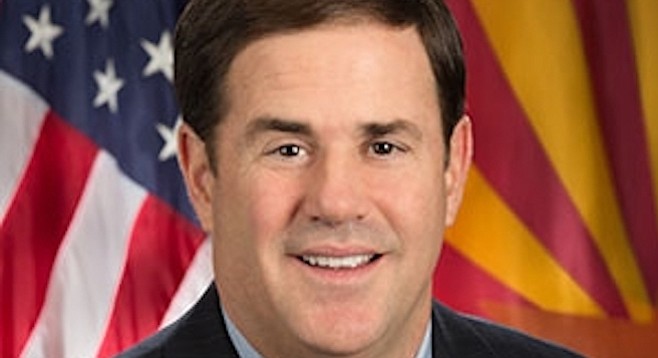 "How can we help?" wrote an education-policy adviser of the governor

The Phoenix New Times, reporting on an investigation by the Chronicle of Higher Education, says that controversial for-profit education firm known as Bridgepoint Education colluded with officials in Arizona to get GI Bill funds that it had lost.

In 2005, Bridgepoint bought the Franciscan University of the Prairies, a tiny college in Iowa, to get accreditation. The school had 312 students, according to the Chronicle report. Later, Bridgepoint was investigated by Iowa. When the company got rid of the tiny college, Iowa cut off its access to GI Bill funds, which are critical to the company's income.

"How can we help?" wrote an education-policy adviser for Arizona governor Doug Ducey.

So Arizona's government plotted to help Bridgepoint, according to the investigation. The company established a second headquarters in Iowa, opening a tiny office there with a handful of employees. According to the Chronicle, for-profit colleges are subject to a 180-day review by educational officials, but Bridgepoint got its license in three weeks — and hence got its GI Bill funds.

Bridgepoint and Arizona deny many of the report's findings. Bridgepoint is under investigation by multiple state and federal agencies.