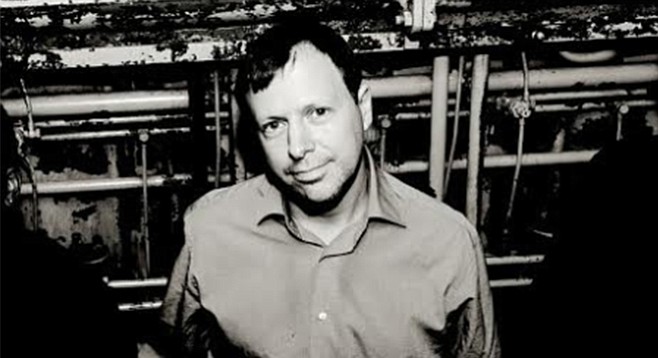 Chris Potter will toy with you

Imagine the world Chris Potter saw when he stepped into the role of Next New Jazz Tenor Saxophonist. He was 18 when he broke out in New York and by then there was virtually no note left unplayed, no idea left undeveloped, no melodic or harmonic structures that had yet to be explored. His predecessors, a mostly male fraternity, were some of the brightest creative minds that jazz music has ever seen, and they themselves had spent countless hours toiling away at creating a new jazz saxophone language — names like John Coltrane and Sonny Rollins and Michael Brecker. The air had long been sucked out of that room. And still, Potter manages to make something original and fresh — and listenable.

Steely Dan fans will know of Potter’s sax work from their 2000 album Two Against Nature. Otherwise, the Grammy nominee has 15 of his own releases to date.

Born in Chicago, raised in South Carolina, the multi-instrumentalist is 46. Potter’s first de facto mentor was the late alto sax master Charlie Parker, whose work Potter had transcribed and memorized and had going for him by the time of his own first professional gig — at the age of 13. To get a sense of the buzz created by Potter’s emergence in New York, listen to Juggernaut, released the same year he came of legal age to frequent nightclubs.

A given performance is all about the energy, right? Potter brings it to a Coltrane boil, but what else he does is this: using all the tools available, he toys with a listener by weaving point-counterpoint melodic/harmonic structures together with lines that don’t ever resolve. Simple, but dense and memorable, and derived from what seems an endless trove of random ideas. I have this notion that Potter could cut heads with a mockingbird — and win.