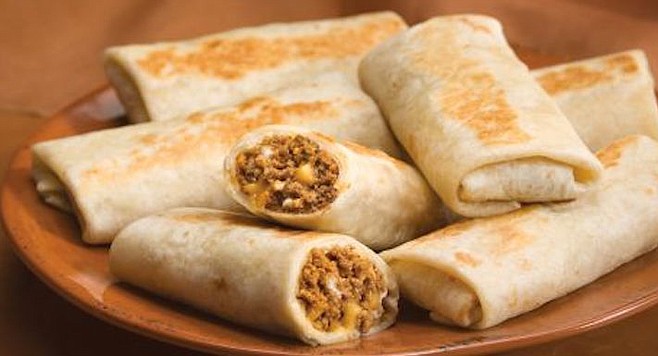 Three years ago, Tyson Foods, the big Arkansas food company, purchased San Diego's Circle Foods, which makes foods such as tortillas and India flatbreads that can be cooked quickly in the home.

When a company makes an acquisition, it gives the name "goodwill" to the price it pays exceeding the tangible assets of the acquired company. These can be positive qualities, such as a strong brand name. However, if the value of the goodwill goes down, that past purchase price might be deemed to have been excessive. In such cases, the acquiring company takes an impairment charge on its balance sheet.

In its most recent quarterly report, Tyson took a $52 million impairment charge on its Circle Foods purchase. Most of the charge, $43 million, relates to property, plant and equipment.

The Tyson name has no goodwill in my home. They embody everything that is evil about the capitalist system. OTOH, if you are looking for bargain priced food they are hard to beat. Verify your health insurance first.

I used to know a chicken plucker who worked for them in Arkansas. He had 'interesting' stories to tell about how the factories were run, and by whom (many illegal immigrants in those days). I suppose most slaughterhouses are home to stories we don't want to hear.

Tyson was also a political manipulator. I seem to recall that they got government handouts (the kind of thing intended for struggling small farmers) and other benefits in proportion to their political influence. That was long ago, perhaps they are better now.

swell: Tyson is based in Arkansas. So is Wal-Mart. Both have many warts on their ethics profiles. Best, Don Bauder

I recall a Tyson and some shady dealings a long time ago in Arkansas involving Bill and Hil. Or am I confusing things? If my memory is accurate, Tyson has been buying politicians and influence for decades.

So, they got a comeuppance, huh? Circle Foods? Never heard of them.

Visduh: I have covered San Diego business since 1973 and I have no recollection of Circle Foods. But advanced age is eroding my memory, admittedly. Yes, I vaguely recall a Clinton scandal regarding Tyson. Best, Don Bauder 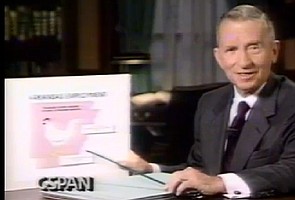 "What are the odds that a person who has been unable to make more dramatic change than this in 12 years in a tiny rural state would be able to face and solve the problems of our great nation?" Mr. Perot asked after running through a parade of his trademark charts and graphs.

Mr. Perot also gently mocked the state's poultry industry -- hence the "Chicken Feathers" -- saying that one out of five jobs in the last 12 years created in Arkansas was created in the poultry business.

"Now, this is not an industry of tomorrow," the computer titan said. "If we decide to take this level of business-creating capability nationwide, we'll all be plucking chickens for a living. . . . So I guess you could say, the chickens keep on clucking and the people keep on plucking after 12 years of Governor Clinton's leadership."

Ponzi; Perot had some ethical disfigurations when he ran in 1992, and his family still has. Arkansas may be small and corrupt, but Texas is huge and REALLY corrupt. Best, Don Bauder

I posted that about Perot because I always remember his statement "So I guess you could say, the chickens keep on clucking and the people keep on plucking..." It cracks me up.

Ponzi: While the customers get plucked. Best, Don Bauder