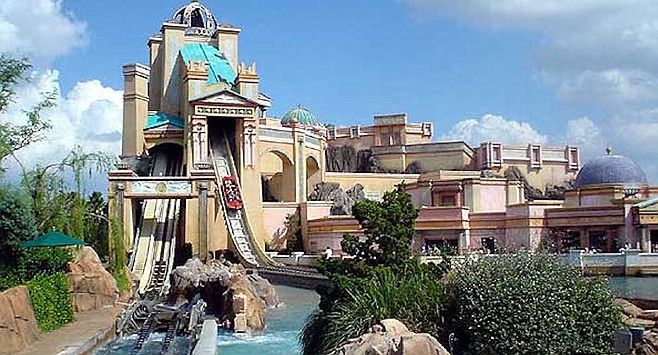 Orlando-based SeaWorld Entertainment narrowed its first quarter loss, but disappointed analysts' expectations, the company reported today (May 9). The company lost $61.1 million, or 72 cents a share, from $84 million, or $1.00 a share in the same quarter of last year. However, analysts expected a loss of 55 cents for the quarter, according to Dow Jones. Revenues dropped to $186.4 million, down from the consensus expectation of $205.5 million.

The company blamed the poor first quarter results on a shift of spring school holidays to the second quarter, taking sales out of the first quarter.

The San Diego SeaWorld took part of the blame, too. The company noted "a decline at the company's SeaWorld San Diego Park, where construction of the new Orca Encounter commenced in January for a planned opening this summer. The company believes the decline in attendance during this transition results largely from a lack of new content during the interim period."

On April 5, a lawsuit against the company was moved to San Diego federal court from superior court. Reem Mohamed, a resident of Bahrain, says she sufferers possible permanent injury when water from a water cannon entered her right ear while she was aboard the Journey to Atlantis water roller coaster at Sea World two years ago.

I hate roller-coasters and don't get the attraction. How do people get happy in fear? Stupid waste of time and money. I'll do safely grounded, maybe a tide pool and some hermit crabs.

shirleyberan: You'd better stop hating roller coasters. We're all living on one now and it's going to get worse. Best, Don Bauder

You of all people should be used to the insecure "fun" rides and Oh No zones! I like being with the animals when they're in a natural environment. Remember the zoo cages years ago? That was sad. Can display caged creatures that have no brain, heart, spine, like jellyfish.

Since FBI Comey is fired while digging into pertinent sensitive facts, the Orange puffer in the Oval fish bowl might be Impeachable. Comey can go to the agency that really is investigating Trump admin, some say.

shirleyberan: Animals in their natural environments can be dangerous. For just two examples: mountain lions and bears. Best, Don Bauder

I think LegoLand is digging into SeaWorld San Diego. LegoLand is killing it with tourists who, many of, are doing the short drive from the North (LA & OC) to hit up LegoLand and the Safari Park. They stay in Carlsbad or Oceanside. That is replacing the old Zoo & SeaWorld visit duo.

Ask any kid if they would like to go to Seaworld or LegoLand. I rest my case.

Ponzi: I can't argue with your assessments. Best, Don Bauder

Watergate "I'm not a crook" speak coming from DJT now, spinning he was assured by Comey that the king was Not under investigation (3 times) = deception. If it doesn't make sense it's probably not true. Truth is he tried to get Comey to shut up, got scared because that wasn't happening then "you're fired" him. Can't keep his stories straight or hidden from real reporters. Has Russian homies. The FBI and many others support Comey, go figure. Remember Deep Throat was an FBI guy.

Not just an FBI guy". Mark Felt was the Associate Director, now called the Deputy Director, of the FBI. In other words, he was the number 2 "guy" at the Bureau.

danfogel: Yes, and he did the U.S. a great service. Best, Don Bauder

shirleyberan: Liars should have good memories. The liar you are speaking of should have two other qualities: knowledge of government and at least a slight understanding of macroeconomics. Best, Don Bauder

shirleyberan: He says he has no business in Russia. But anybody with any sophistication in money laundering knows that any such business can be concealed through offshore interlinks in such places as Cyprus, Liechtenstein, dozens of financial institutions in the Caribbean, London, the U.S., etc. Best, Don Bauder

Don - I'll tell you later how much a silent GoodBauder scares me. We lost, May 1, Susan Luzzaro to "battle" brain with cancer.