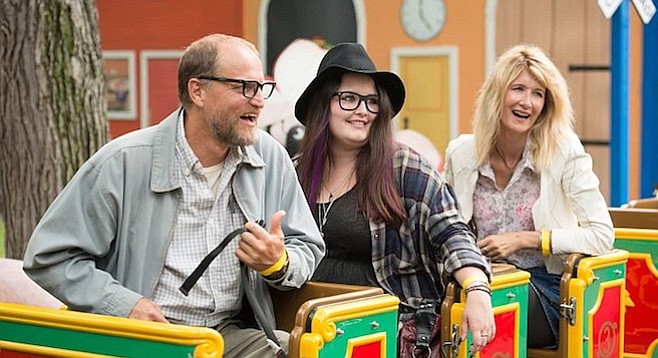 Daniel Clowes on Wilson and inklings of Scarlett 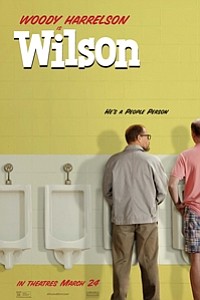 Graphic novelist and occasional scenarist Daniel Clowes (Ghost World, Art School Confidential) returns to the screen after an 11- year absence. His latest big screen adaptation, Wilson, directed by Craig Johnson, opens Friday at Landmark’s Hillcrest Cinema. Woody Harrelson is so off the wall sensational in the lead that he will never receive an Academy Award nomination.

François Truffaut once said, “I’d rather watch one of his films then have dinner with Orson Welles.” In the case of Clowes, it’s been my privilege to do both. Let’s see if he remembered.

Scott Marks: We met something like 16 years ago when you and Ghost World director Terry Zwigoff were in town picking up a best screenwriting award from the San Diego Film Critics Society.

Daniel Clowes: Oh, yeah! I have a fond memory of that day. That was a fun day. Thora Birch came down. I remember it well.

SM: Was attending the luncheon and winning this particular award not the single greatest achievement in a career littered with many? 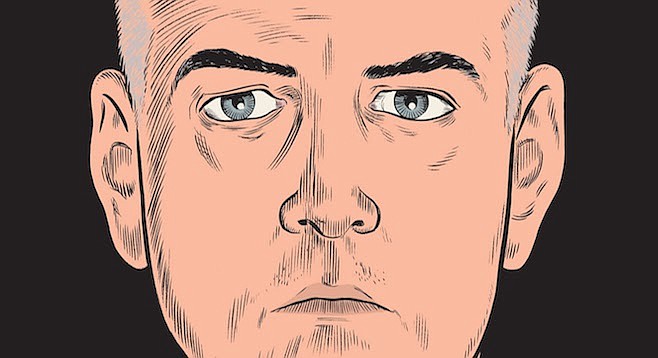 DC (Laughing): It was definitely up there. It was the only time I had ever been in San Diego not during Comic Con. It was so nice. There was nobody around. I remember thinking, What a nice city. It’s not choked with people. 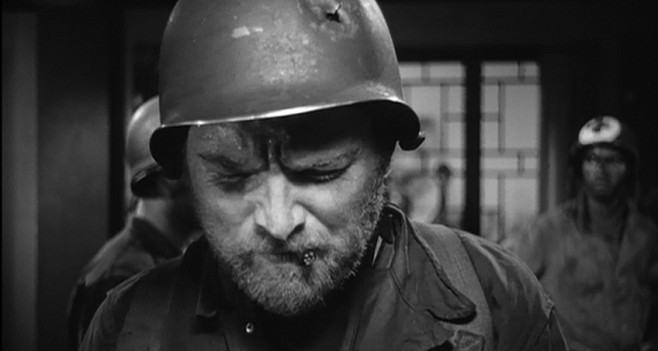 Gene Evans in Samuel Fuller’s The Steel Helmet: “One of the greatest performances I’ve seen.”

SM: Do you and Terry still exchange Christmas cards?

DC (Laughing): Terry’s too lazy. I’m the only guy who does a Christmas card every year. I draw my own. He doesn’t even return phone calls. But yes, I still talk to him. We’re still friends.

SM: Ghost World comes out in 2001 and someone asks, “Thora Birch or Scarlett Johansson, who’s going to grow up and become a Hollywood superstar?” My money’s on Birch.

DC: That’s what everybody would have said. We had inklings of Scarlett — she was only 16 when we made Ghost World. She was so poised. She would get her way. She had a very commanding presence, and I thought, She seems like she’s going places. But at that time Thora certainly seemed like the one.

SM: Seeing how we’re both from Chicago, did the Cubs victory mean anything to you?

DC: You know, it didn’t. My dad was a Cubs fan from 1944 when he moved to Chicago until he died in 2008 and they never won a goddamn thing. The fact that they couldn’t win while he was alive made this totally hollow. It just pissed me off. I also hated that the owners were just like these asshole Trump supporters. I couldn’t get into it. It just didn’t feel like the real Cubs to me.

SM: You drew the covers and booklet art for the Criterion Collection's releases of Shock Corridor and The Naked Kiss. With all the auteurs to choose from, why Sam Fuller?

DC: I love him. I feel like Sam Fuller never directed a boring minute of film. It’s all what I aspire to do which is to be entertaining and compelling from beginning to end. Those are two of my favorites, but man, I love a lot of his movies. I had sort of been in the docket to do a Criterion cover for a while and when it came along I knew that he’s the one.

SM: I think I’ve learned more about personal expression from watching Sam Fuller than anyone else. WIth every repeat viewing I find something new.

DC: Always something new. And it’s always more fun than you remember it. I start by looking for still frames to draw from and wind up watching them start to finish. He had performances in his movies that should have won Oscars, but nobody would ever have thought about them as Oscar-caliber performances. Gene Evans in The Steel Helmet is one of the greatest performances I’ve seen.

SM: I’m drawing a blank. Has there ever been another film in which parents track down a child they put up for adoption? Usually it’s the other way around.

DC: Yeah. I don’t know. That’s a good question. I can’t tell you. I’m always wondering, Has this been done? But I try not to think of it too much. You just want to do your own thing and not worry about if you’re copying somebody or not by accident.

SM: Was there one person who inspired Wilson or a cross-section of oddball acquaintances?

DC: He’s that, but he’s more of a dark inversion of myself. As my wife said when she read the graphic novel, “You are the victim of Wilson.” I’m the guy who will go to the coffee shop trying to work, and this Wilson guy will sit at the table with me and talk.

But there’s another part of me that’s sort of admires that guy. That he can…he wants to have this human connection. He’s thinking on a level of wanting to meet people while at the same time sort of avoiding it. There’s a certain admiration to it.

SM: Yes, but a guy like Wilson makes it impossible to have an intelligent conversation. The scene in the restaurant between Alta (Margo Martindale) and Wilson (Woody Harrelson) is a prime example. They don’t talk so much as they wait for the other person to shut up so they can continue on with their story.

DC: Right. In a way she’s the perfect match for him.

SM: When did Woody Harrelson’s name came up for the lead?

DC: I asked the director, Craig Johnson, who he thought of for the role because I really didn’t have a good clear idea of who it would be. And he said the only guy he could think of was Woody Harrelson. That never even occurred to me maybe because Woody had done so little comedy in recent years. This was after The Messenger and True Detective and a few heavy roles like that. I was thinking more along the lines of a comedy actor.

But the minute Craig said that, I started to think of Kingpin, but there was no way we’ll ever get Woody Harrelson. Come on. He’s huge! But it all happened. It’s all beyond my comprehension in a way.

Thora Birch, by far. Funny how the more attractive (but less so back then) Johanssen is the one who became the star!