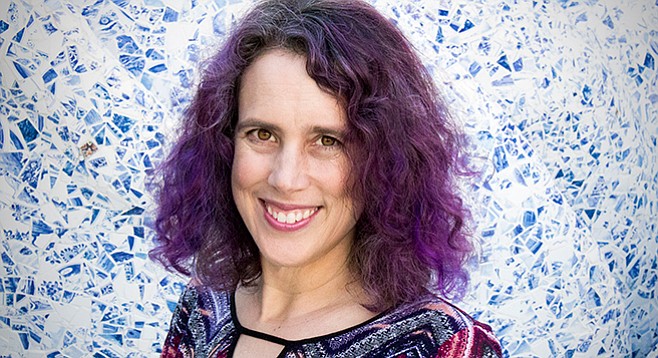 The sweetness of the rind, the shock of bitterness inside

Gayle Brandeis is the author of Fruitflesh: Seeds of Inspiration for Women Who Write (HarperOne); Dictionary Poems (Pudding House Publications); and the novels The Book of Dead Birds (HarperCollins), which won Barbara Kingsolver’s Bellwether Prize for Fiction of Social Engagement; Self Storage (Ballantine); Delta Girls (Ballantine); and My Life with the Lincolns (Henry Holt Books for Young Readers), which received a Silver Nautilus Book Award and was chosen as a statewide read in Wisconsin.

Two books are forthcoming in 2017: a memoir, The Art of Misdiagnosis: Surviving My Mother’s Suicide (Beacon Press); and a collection of poetry, The Selfless Bliss of the Body (Finishing Line Press). She currently teaches at Sierra Nevada College and the low residency MFA program at Antioch University, Los Angeles.