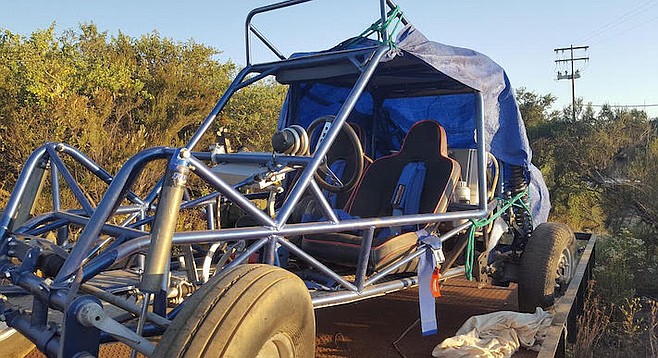 “When we saw the video of them driving away with the trailer, it was such a sickening feeling,” said Kathy Cosgrove. "We honestly did not think we would get it back.” 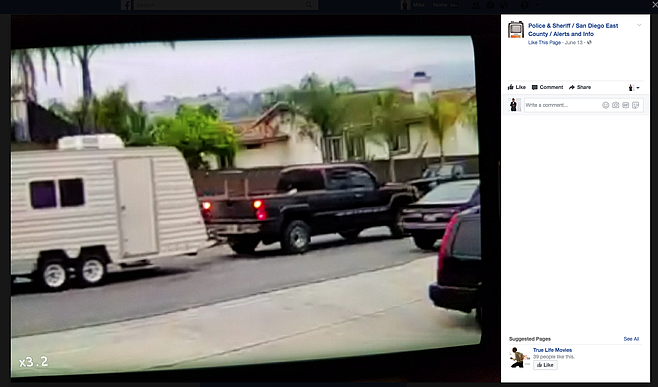 “When we saw the video of them driving away with the trailer, it was such a sickening feeling.”

Kathy, 53, was referring to their 225-horsepower sand buggy enclosed in their 16-foot Dico trailer. Both units, along with tools, extra sand tires with rims, and other stuff, were stolen from the side of their Lakeside home at 5:55 a.m. on June 9. The suspects were two white males driving a black Chevy Silverado truck. The theft showed up on a video from a camera mounted on the Cosgroves' garage.

On the morning of June 29, Kathy said that she received a phone call to confirm that a suspect has been arrested.

“We don’t know much about the suspect," Kathy said, “other than they identified stolen property from several other individuals there. We are aware that they found two other stolen trailers, another buggy, and a motorcycle and were able to locate the owners.”

Kathy and her husband Chris found their family built buggy sitting on a stolen flatbed trailer on Mother Grundy Truck Trail in Jamul. It was partially covered by a blue tarp.

“The deputies stated they would try to get air support in to look for the trailer,” Kathy said. Then on Thursday morning (June 22) at about 10:00 a.m., Chris got a call from the detective on the case who “said that the trailer was found on Honey Springs Road, which is about 2.5 miles from where the buggy was sitting.”

“The suspect was using our trailer to live in, so he had taken everything out of it and had set up a campsite using some of our stuff,” Chris said. “We had missing chairs, tables, ice chests, and camping gear.”

Chris added that the suspect tried to alter the look and functionality of his trailer; which Chris valued at $3000. “He had painted the front and back of the trailer black [by] using spray paint and [then] painted one side white,” Chris said. “He also drilled a large hole in the floorboard to run electrical cords inside, and bent the drop-down bunk out of shape.”

Jeff, their son who built a lot of the buggy, was just as happy to see their $20,000 family project (including the trailer) back home. “The buggy was in good condition,” he said, “the lights were taken off and the battery taken out, [but] we should be able to get it back together in a day.” He said that the motor, which is an Ed Hale-built 2300, enhanced with a custom Crower cam and a Holley carburetor, was intact.

When the trailer was stolen, Michael Chen from Channel 10 News, helped get the word out via his Crime Alert segment. The 1:45 minute clip aired on June 12, and it showed the video clip of the Cosgrove trailer being stolen by the black Silverado truck.

The clip aired, and was then shared on various social media sites.

On June 13, The Police & Sheriff/San Diego East County/Alerts and Info posted a photo (on their Facebook account) of the Cosgroves’ trailer being hauled by the perpetrators. An inquiry was then sent via private message to the Facebook account for new information, but as of presstime, no response was made.

The Cosgrove family said that they plan on taking their buggy and trailer out to Glamis for Halloween.

Most of the time stolen stuff rarely finds its way back to the owner. Kudos to the SO.