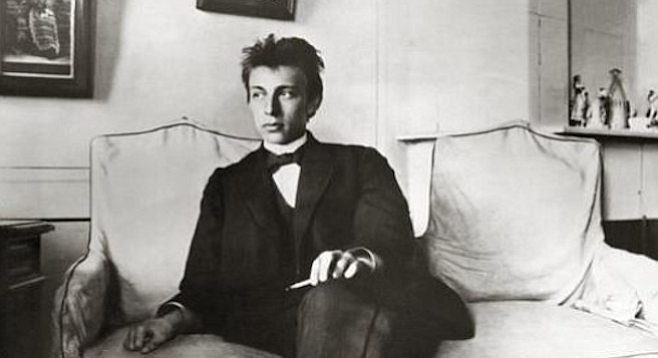 Rach docs on a Sunday night

I needed to wash off the pop culture

I spent Sunday night “doc-ing out” on YouTube. Surrounded by the puddles of a mediocre culture obsessed with any number of transient concerns, I found it necessary to bathe in something more permanent — admittedly via the impermanence of streaming video.

The Joy of Rachmaninoff

I needed to wash off the politics and pop culture. The Chargers are moving? How does that compare to Rachmaninoff requesting the fifth movement of his Vespers as his funeral music?

No one except Toby Keith wants to be associated with the upcoming inauguration? What’s that got on Carlos Kleiber’s slashing right hand? In addition to that, his name is Toby. Toby. No one is ever going to remember a Toby or his song about red Solo cups and beer or something.

Having consumed two von Karajan documentaries, a Carlos Kleiber, a Wilhelm Furtwangler, and two on Rachmaninoff, the importance of the NFL playoffs felt contrived.

Of the two Rachmaninoff documentaries, I found The Joy of Rachmaninoff to strike a perfect balance between veneration and irreverence. It had a sense of humor while retaining a sense of pathos.

Two pieces of music that I had almost forgot jumped back into the vocabulary of my musical experience. The first was the aforementioned section from the Vespers and the second is Rachmaninoff’s Vocalise.

I literally smacked myself in the forehead as I recognized the lilting melody of Vocalise. How could I have forgotten it? As much as I’d like to avoid the fact, I’ve ignored this gem for at least a decade. The Vespers as well.

Ignoring Vocalise kind of makes sense. It’s a beautiful but minor piece of music. The Vespers? No.

Since I’m in the habit of confessing, I will say that I once knew the translated text of the Vespers, but I prefer not to know. This a cappella choral piece of music works better for me without a concrete sense of what it’s supposed to be about.

I know there are some who venerate the marriage of text and music. I wish those people all the love and happiness in the world, but I’m not one of them. At least not on this day with this piece of music.