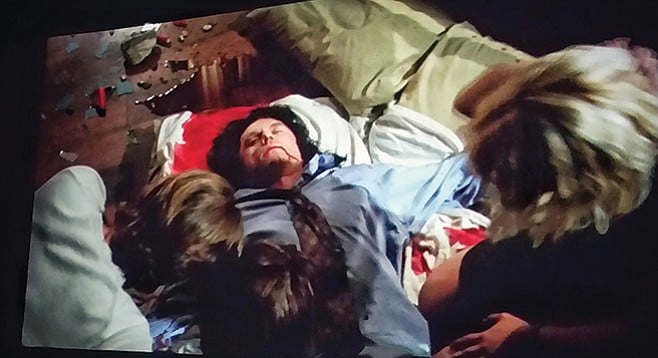 The Room splits the difference between art and stupidity

Attending a midnight screening of 2003 cult film The Room is kind of a train wreck, if train wrecks were accompanied by group chants, spontaneous games of football, and multiple plastic spoonados. It’s widely regarded as the worst movie ever made, which might be true, but it’s definitely the most successful worst movie ever made. Written, directed, produced by, and starring an enigmatic Bay Area real estate mogul named Tommy Wiseau, The Room “tells” the “story” of a tumultuous love octagon via nonsensical motifs and avant garde anti-plots that require a reinvention of Hanlon’s philosophical razor to dissect. 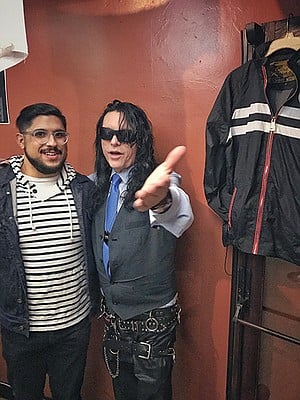 International man of mystery Tommy Wiseau poses with a fan.

“Never attribute to stupidity,” Wiseau’s Razor would suggest, “that which can be adequately explained by art.”

Maybe James Franco had a similar revelation when he took on a film adaptation of The Disaster Artist, an autobiographical account of The Room’s production as told by costar Greg Sestero. Indicatively, Franco’s rendition, in which he stars as Wiseau, will be called The Masterpiece.

Friday. 11:45 p.m. Kensington. A line extends down the block from the Ken Cinema. Inside, fans buy “Tommy Wiseau” boxer briefs and “Love is blind” (the movie’s tag line) backpacks at a merch table, which merits a photo with Tommy himself. He’s dressed like Criss Angel’s creepy uncle from the Eastern Bloc. 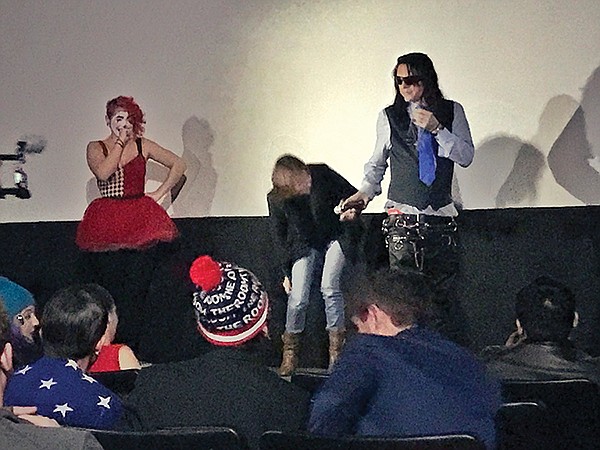 Scarlet Checkers may or may not be knitting Tommy Wiseau.

Later, Tommy takes the stage for a Q&A. “I’m going to need the guy who dressed up like a clown or something to come down here and also the beautiful girl, she was flexxxing, you know?” he stretches out the word in his indeterminate accent that sounds as if his cheeks are stuffed with cotton balls. “Where is she? Come on! Okay, she’s right here. Step into my office. Right here, beautiful.” A girl in white face paint and a red tutu strikes a few inverted poses on the stage before introducing herself as Scarlet Checkers. “And what are your hobbies? What do you do for fun?” he asks. “I’m actually a pretty big knitter. I knit.” An applause. “And what are you knitting? Are you knitting me? Ha-ha-ha-ha.” The laugh sputters like a stubborn weed-whacker. “Okay, moving along, first question. Hello? Hello, hello,” he gestures at the line in the aisle. “Are we on the drugs or something? Hey, hey, hey — first question!”

“Hi there, Tommy,” a dude waves. “Long-time listener, first-time caller. I was wondering, what is the significance of everyone thinking that Johnny [Tommy’s character in The Room] is their favorite customer? Is this like a commentary on capitalism or...?” “Yeah,” cutting him off. “My favorite custom is spend a lot of money, have fun, move-on-next-question.” The audience roars. It continues like this, the audience mostly asking joke questions and Tommy mostly giving joke answers punctuated with “move-on-next-question.” At the end, he treats us to a “You’re tearing me apart, San Diego!” (as Johnny would say) before we launch into the film’s opening, extra awkward sex scene. 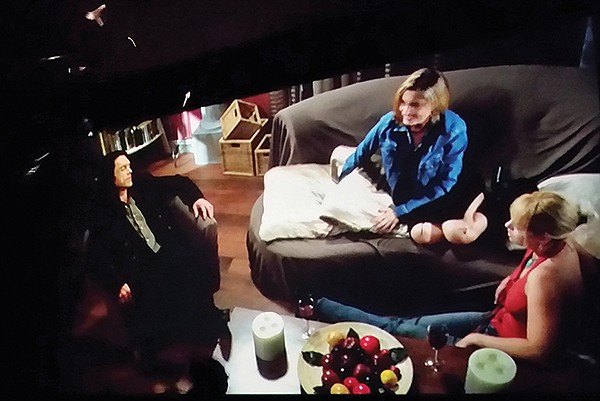 Plastic spoons fill the air every time a framed photo of a spoon appears on screen.

Here, the great choreography begins. Shouts of “Meanwhile!” and “Sports!” and “Water!” and “Close the door!” Games of catch break out in the aisles. Hundreds, maybe thousands of spoons rain from the sky. Every twist of the plot evokes its own scripted response. A couple behind me figures it out and invents new callbacks as they go. This is it. Evolution. 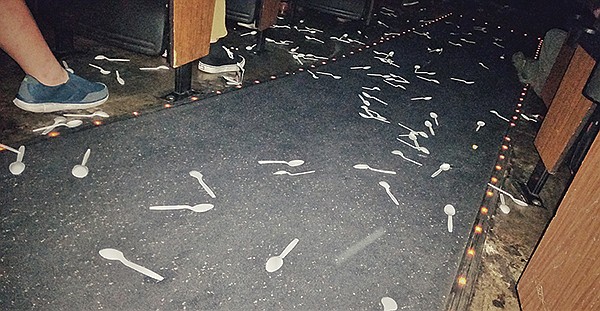 Hundreds of spoons covered the aisles by the end of the film.

How did this happen? It’s a small miracle that we are all here in a sold-out after-hours cinema participating in this idiotic ritual to begin with. What could it mean? Mom may have nailed it as we shuffled out around 2 a.m.: “If there’s a point, it’s that all men think about is sports and women.”