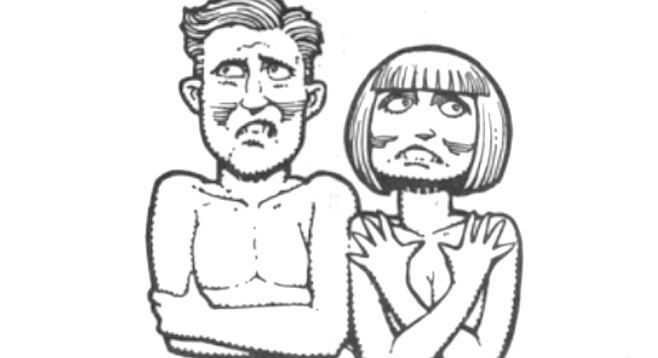 P.B.’s OGs (original gentry) pronounced the name as it should be, like the jewel, “GARnet.” Because they witnessed the name-change, they recognized that the street was part of a series of gemstones. But during World War II, with the influx of people from the hinterlands, the broader picture was lost and the syllable emphasis gradually shifted. This much we know to be factual; from here on, it’s speculation. The change is perhaps related to the pronunciation of Barnett (BarNETT) Avenue, which runs past the Naval Training Center and the Marine Corps Recruit Depot. 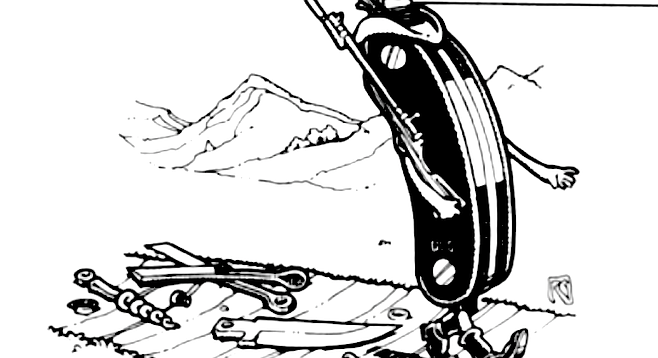 The original knife contained a blade, a screwdriver, a can opener, and a punch.

Some are born to weirdness, some have it thrust upon them. The Walls definitely were blindsided. In the early ’80s, Rick Wall, from a large family of Swiss Army Knife fans, hiked the Sierras frequently with a group of friends who were also aficionados of the versatile tool. They jokingly referred to their little group as the Swiss Army Knife Society. In 1986 the “society” published a collection of Wall’s humorous (and thoroughly fictitious) stories of history and lore, the Swiss Army Knife Companion, and placed a classified ad to sell some copies.

Asked to guess why we don’t see the shirts, my fellow toilers at the R offered a hodgepodge of speculation, most of it cynical and insulting. One maverick believes people don’t wear them so they can keep them as souvenirs of sorts. He swears he has actually encountered strangers who offered him money for his Reader T-shirt, willing to buy it right off his back. I’m skeptical. And one reason I’m skeptical is that the only other Reader T-shirt on the loose that I’ve seen was hanging on a rack in a downtown thrift shop. 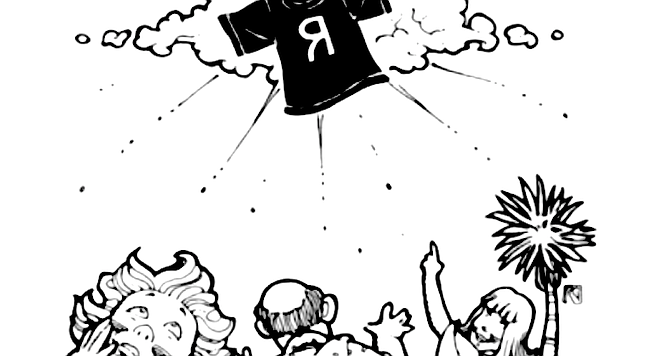 T-shirt winners see themselves as part of a brother/sisterhood of smart people.

Jerry Sadowski (El Cajon), and “Mike" (faxland) each suggested a reunion of Reader T-shirt winners — a big party where everybody’s wearing his prize. If at that reunion recognition is given for the shirt that’s traveled the farthest to get there, consider this note from D.K.A. of Lakeside: “My son came to visit me from Auburn, Washington, wearing a Reader T-shirt.... It turns out that he got it from his cousin, who lives in Port Orchard. He got it from his cousin, who lives in Tacoma. This cousin had gotten it from their grandma, who lives in Port Angeles. She had gotten it from her sister, who lives in San Diego. She bought it at a garage sale about a year ago." 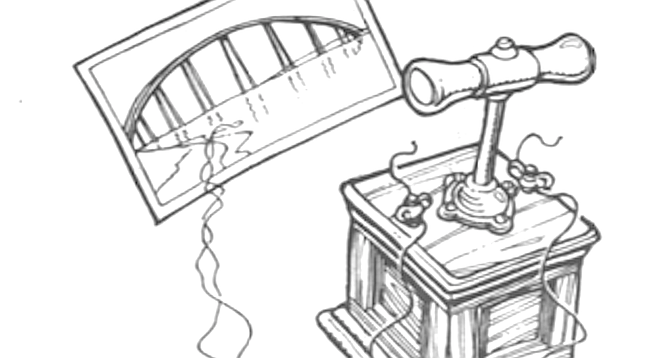 Special units of the Navy are trained to clear bridge debris in case of a collapse.

Explosives planted in the Coronado bridge

The Navy had real concerns about ships being trapped in the harbor if the bridge were sabotaged. So of course, there’s a contingency plan. Special units of the Navy are trained to clear bridge debris in case of a collapse, and that does include placing explosives in predetermined locations to break up the fallen structure and make it easier to remove. All this was considered during the bridge design, but there’s no dynamite actually built into it. 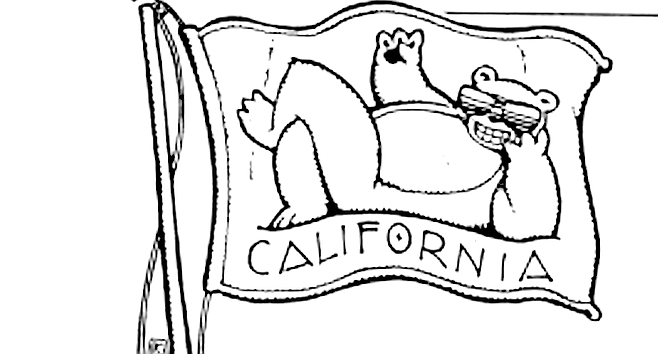 That original flag was lost in the San Francisco earthquake.

They chose the California grizzly to symbolize a tenacious fighting spirit. The star and the red stripe were borrowed as a link to the U.S. flag. A Sunday painter named William Todd was recruited to apply the star and the bear in the only color available to them at the time, “Venetian red,” on the beige background and to letter “California Republic” underneath. Descriptions of Todd’s work suggest the bear looked remarkably like a large red pig. And Todd himself admits he misspelled “Republic” and had to correct it by writing over the offending letter. 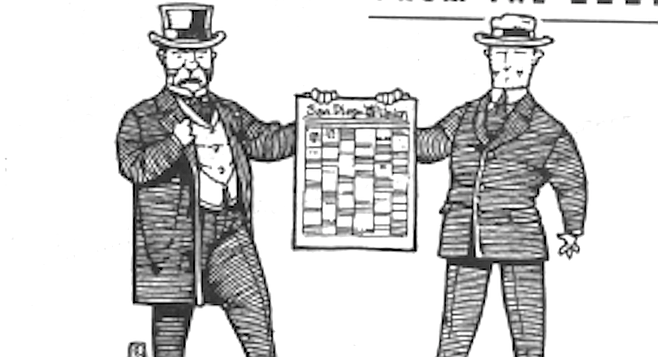 The Spreckels estate was the legal owner (of the Union and the Trib) until Col. Ira Copley bought them in 1928.

When the Union-Tribune had no publisher

The paper did not drift aimlessly for those blank years. The man in charge of operations, the tough, powerful editor-in-chief and general manager, was James MacMuIlen. He’d worked for a Spreckels paper in San Francisco and moved to the Union 1899. (Crouched behind a safe in his San Francisco newspaper office, MacMuIlen once held angry reader Wyatt Earp at bay with a rifle.) By today’s standards, according to my U-T source, MacMuIlen might be considered a near equal to the “publisher.” 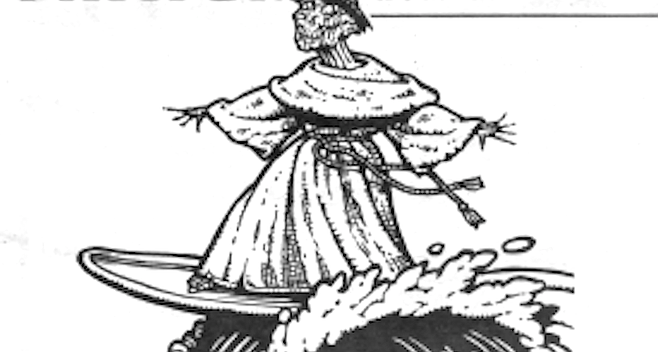 During World War II, Diego’s body was removed from under the altar in the Cathedral of Alcala.

If he’d stayed on the islands, our city now would probably be called San Miguel, the name originally given to the area by Juan Cabrillo. But around 1450, Diego went to work in a Franciscan convent infirmary in Rome. The story goes that because of Diego’s great piety and spiritual powers, he was the intercessor responsible for a number of “miracle” cures and attracted a certain amount of high-powered attention. His reputation followed him to his final station, the infirmary and gardens of the Spanish convent at Alcala de Henares, where kings and commoners sought him out for cures. 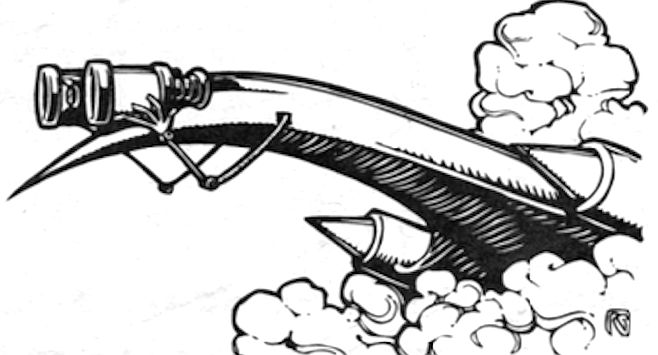 Why the CIA piloted A-12 Blackbirds

Everybody has seen that big, black jet in front of the Aerospace Museum, but most people don’t realize that the spy plane is an A-12 model Blackbird, which was piloted by the CIA, rather than the later SR-71 models piloted by the Air Force. 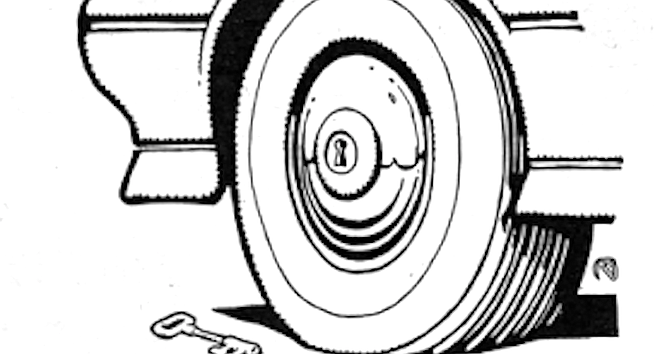 According to an SDPD traffic investigations officer and a multitude of studies completed since ABS has become popular, the system hasn’t made much of a difference in the accident rate. The system’s fine, they say. We just don’t know how to use it. We don’t need driver’s ed, we need braker’s ed, apparently. SDPD has even pulled the fuses on some of the ABS systems on their vehicles because they were more trouble than they were worth.

Coal at the beach isn’t such a looney idea. In various spots along the coast, you can find thin, crumbly coal veins in cliffs. The so-called Mormon Mine on Point Loma promised to yield abundant, high-quality anthracite in the 1850s. Local papers of the day even dreamed of San Diego as a glorious “Pittsburgh of the West.” Lucky for us, the mine filled with seawater and the Mormon miners returned to Utah, putting a halt to that potential nightmare. Mount Soledad and Rose Canyon also had failed coal mines during the same era.

Downtown’s Symphony Towers and One American Plaza start out on higher ground. Looking at the question from that perspective, the county’s highest-up structure is the concrete pad from a long-gone radio tower at the peak of Hot Springs Mountain, near Warner Springs. The pad can be measured in inches; the hill is 6533 feet, our highest geographical point. But trudge to the top, stand on the pad, and you’ll be the highest man-and-woman-made thing countywide. 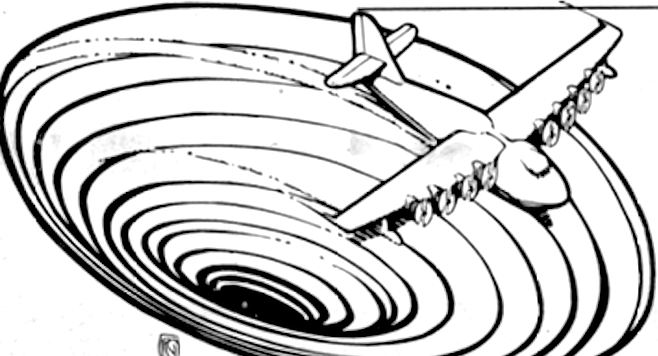 When Evergreen bought the 218-foot-long Hughes Flying Boat, the plane was dismantled.

Evergreen prez Del Smith’s son was in charge of the company’s Spruce Goose doings. He’s claimed — absolutely, definitely, no doubt about it — there will be a public Goose museum. Sometime. Eventually. Sooner or later. Trust them. When Evergreen bought the 218-foot-long, 300,000-pound HK-1 Hughes Flying Boat, the plane was dismantled and the parts shrink-wrapped and shipped by barge and truck to McMinnville.

Elvira and the scandal of the Santa Fe railroad

The official name of the location is Control Point Elvira, and the sign marks the area where a spur line or siding veers off from the main tracks, like a freeway exit. Same goes for Torrey and Sorrento. In the late 1800s, Fred Perris (memorialized by that bland, obscure town in Riverside County) was chief location engineer for Santa Fe. Among his duties was the job of naming control points. Elvira was the wife of a Santa Fe big shot, and rumor has it she and Fred were more than just seatmates in the dining car of life.

Even in the Caribbean, it’s rare to find a perfect shell washed ashore. We mostly have the drab kinds that house animals that cling to rocks or bury themselves in the sand. Humble though they are, they still qualify as shells. Our coast isn’t a nice gradual, sandy slope that gives shells a gentle ride to the tide line. We have a lot of rocky shelf that drops off into a big pit not too far offshore. Shells tend to get smashed on rocky beaches or fall into the trench with the beer cans and old beach towels.