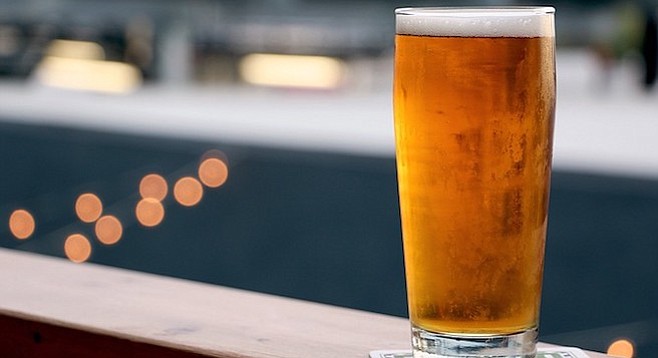 A new report by the California Craft Brewers Association (CCBA) reveals the myriad ways our state leads the nation in craft brewing and puts the continued growth of San Diego beer into context.

A few of the most striking figures involve the sheer number of breweries. Craft beer's national trade organization, the Brewer Association, announced this week the number of beer companies in the U.S. has surpassed 6000, with 98 percent of them considered craft producers. Watson notes that, nationwide, “83 percent of the population lives within 10 miles of a local brewery." In California, that number goes up to 92 percent. The reason for this is that the number of breweries in California has tripled since 2012, rising to more than 900 statewide, or 15 percent of all the breweries in the nation.

What's more is, in 2017, more than 100 new brewing licenses were issued in California, which the report calls, "greater than the total licensed number of breweries in 34 states." Coincidentally, 34 is the number of those new licenses issued within San Diego County.

While this accelerated rate of new brewery openings in San Diego will keep the question of craft-beer oversaturation going into the new year, nationwide the numbers suggest there's room for craft beer to add more market share. While the $67.8 economic impact of craft beer is a 20 percent increase over 2014, it remains slightly less than 20 percent of the total impact of all beer nationwide in 2016, estimated at $350 billion by national industry analyst the Beer Institute.