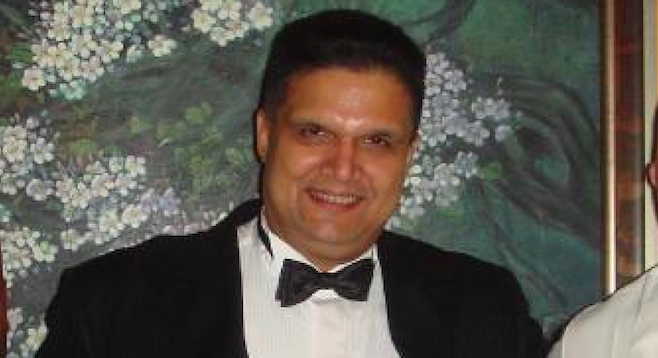 Cantu, 59, who had a "top secret" clearance, acknowledged, among many things, that Francis provided him with the services of two prostitutes on June 1, 2012, at the Hotel Singapore. He pleaded guilty to one count of conspiracy to commit bribery and is scheduled to be sentenced November 9 before U.S. district judge Janis L. Sammartino.

Cantu admitted that on numerous occasions in 2012 and 2013, Glenn took him and others for drinks and dinner at posh eating and drinking places and provided him prostitutes. As of now, 28 individuals, including 21 current and former Navy officials and 5 civilian defendants, plus Glenn's company, have been charged as part of the investigation.

Cantu left the Navy in 2014. He had held high posts, including assistant chief of staff for logistics for the commander of the Seventh Fleet. Dermot O'Reilly, deputy inspector general for investigations in the Department of Defense, said that the Glenn case is the "largest fraud and corruption scandal in the U.S. Navy's history."

John Porter: I don't think the violations of so many Navy personnel rise to the level of treason. Leonard Glenn Francis was not an enemy of the United States. He was an entrepreneur making a bundle by providing services such as cleaning to Navy ships. The U.S. Navy officers and other personnel were feeding him information on where ships of the fleet were, and when they might arrive in Glenn Defense Marine Asia's territory.

Francis (aka Fat Lenoard) was bribing Navy personnel to get logistics information so he could make money. He was not passing this information to an enemy of the U.S. Best, Don Bauder

Seems like Fat Leonard would fit right in with the Trump administration.

AlexClarke: Yes, Fat Leonard would fit in, but he has been getting lots of publicity lately, and Trump wants to get all the headlines. Best, Don Bauder