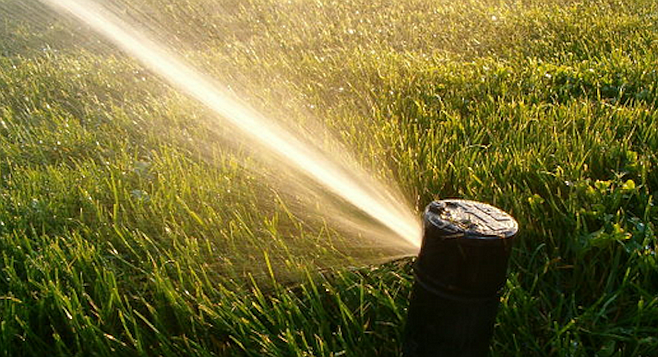 For the first time in four years, water quality in the San Diego region is showing signs of improvement. Still, that may not be cause for celebration just yet, conservationists warn.

While any improvement is great, San Diego Coastkeeper lab manager Meredith Meyers says that "a single year of overall better water quality readings does not mean San Diego’s water will keep improving. It takes many years for patterns to emerge. That’s why our long-term water monitoring is so crucial. We can provide decision-makers with the big picture and that makes for more effective, data-based policy."

On Tuesday (August 1), the group released its annual water quality report for the region's ten watersheds. For the first time, two – San Luis Rey in North County and Rose Creek on the eastern edge of Mission Bay – received "good" rankings. The upgrades in condition are notable; Rose Creek has experienced serious runoff pollution problems over time and last year none of the nine named watersheds at the time garnered a ranking above "fair."

The group says that several factors may be at play in the reduction in local water toxicity, but a major factor is likely related to runoff pollution. As drought-stricken San Diegans were forced by mandatory water restrictions to shower less water on their lawns, less of that fertilizer-laden runoff found its way into storm drains leading to local streams, creeks, and rivers.

Despite improvements, Coastkeeper notes that the majority of the region's waterways are still too polluted to be considered safe for recreational use. That includes the Tijuana River watershed, which is so polluted Coastkeeper declined to send volunteers for water testing, fearing for their safety.

A group of 152 trained volunteers spent in excess of 1900 hours compiling data that goes into the organization's annual report.