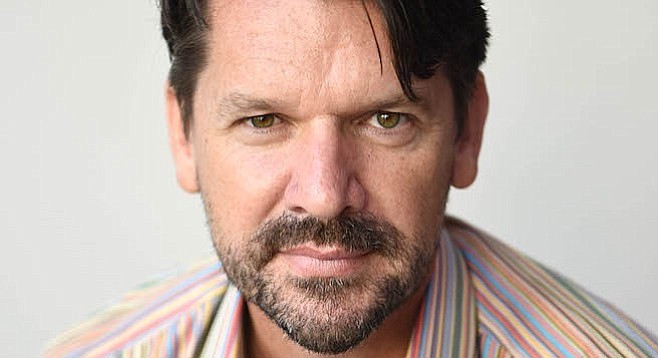 Documentarian Jack Henry Robbins’s Storied Streets explores homelessness through the eyes of those who live it every day. According to SDFF’s Susan Clausen, the goal of the Focus on Impact Film Tour is “to provide teens with a basic understanding of social justice, a personal connection to homelessness and an awareness of how they can encourage change and empathy within their own community.”

Two years ago SDFF director Tonya Mantooth partnered with the film’s executive producer, Susan Sarandon, on the Social Justice Initiative series. At the time, Sarandon told me, “These days, film festivals in particular are making it possible for documentaries and small films to find an audience, where the studios are not necessarily doing their jobs. Festivals can incite interest when the audience stands up and cheers at the end, and a studio can decide whether or not to invest their money and time in the film.

“When my partner Thomas Morgan was able to broker this kind of idea by starting [the Social Justice Initiative], it made us so excited. It’s another way for people to find these very special films, and hopefully be moved to do anything, from righting a wrong, or giving information, or asking more questions, or starting dialogues about something...that’s how change starts, with information.”

Producer Thomas Morgan will be there in person for all five Focus screenings to engage in a post-screening dialogue with students. Joining Morgan will be Giuseppe Pizan, a former homeless youth who is featured in the film.

Want to make your school part of the 2018 tour? Contact Cindy Saylor at [email protected]

Can I submit a "street story" about piles of rotting garbage, stolen property, fires, broken booze bottles, drug paraphernalia, puddles of feces and vomit and urine? How about a depiction of a screaming lunatic, an aggressive panhandler, a family terrified to walk down the sidewalk?