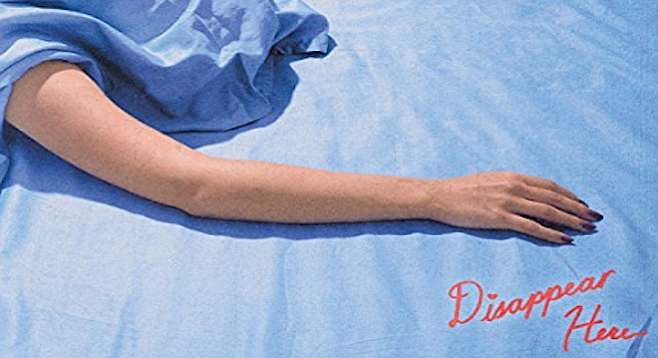 Some bands have the talent, drive, and luck to build a fan base and media presence early in their careers. Such is the case with Bad Suns. Formed in Los Angeles in 2012, the four-piece found early success when their 2013 single "Cardiac Arrest" was picked up by local radio stations and earned them an opening tour slot for their Vagrant Records labelmates the 1975. Soon after, Bad Suns released their first album, Language and Perspective, and now they have returned with Disappear Here, a 13-track album that has even more bounce and pop-rock than their debut.

The album opens with its namesake, a fast-paced song that fits singer Christo Bowman's baritone vocals well and will remind fans of the band's 2015 single "We Move Like the Ocean." Disappear Here is full of upbeat tracks that are danceable and atmospheric, often reminiscent of noted musical influences like the 1975 and the Killers. While "Disappear Here" and "Heartbreaker" have the feel of chart-climbing pop singles, most tracks show the band seeking answers to questions of identity and purpose, as do many of their younger listeners in their teens and 20s. It's a fitting second album for a band with ties to rock and pop and a young following that's growing all the time.