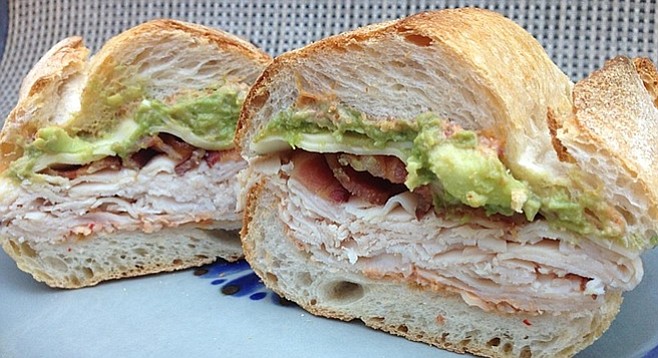 Where does that meat come from?

Butcher shops are back, baby

I’m already on record as being in favor of the reemergence of the dedicated butcher shop. Since Sepulveda Meats and Provisions opened in my neighborhood, I’m even more enthusiastic.

At one point, standalone butcher shops all but disappeared because supermarket chains undercut their prices. Ironically, those same cost-cutting market forces fueled the consolidation of the meat industry that has made room for butcher shops to return. Today’s butcher shops target consumers audacious enough to ask questions such as, “Where does that meat come from?” They’re for people who place value in buying locally sourced meats, raised without hormones, antibiotics, or other factory-farming practices. 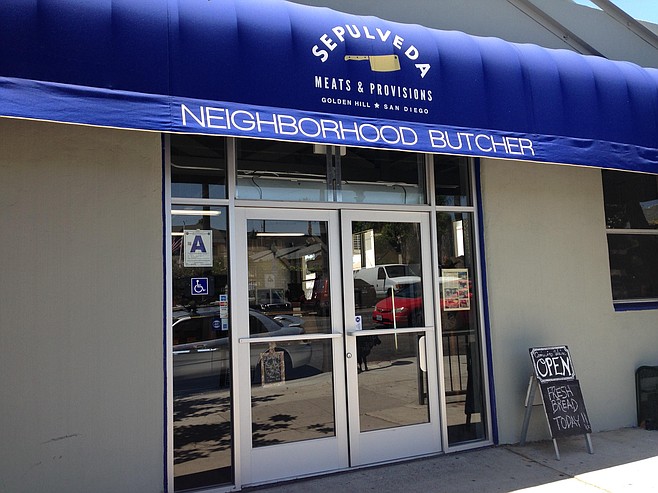 Golden Hill now has a neighborhood butcher to complement the carnicerias.

Sepulveda Meats mostly follows this model, opening early this year with a mission to source “from small ranchers who carefully raise their animals, thus providing the customer the best tasting meat.” When I dropped by this week, some of the shop’s offerings were Brandt Beef and Mary’s Free Range Chicken — not exactly the smallest of ranchers these days but generally reputable and, in my experience, better tasting than what I’ve typically found at a chain store or carniceria.

Yes, this new wave of butcher shops is generally for people willing to spend a little more for such meats. However, I did notice Sepulveda offered lower-cost alternatives to top-tier items such as grass-fed beef. And they make their own sausages, so while I could easily run up a huge tab for an epic Labor Day barbecue I can also find a reasonable option if I’m just grilling with a couple of friends.

Equally as important, I noticed that they offer sandwiches, so I dropped by to try one. They told me this is just a Thursday-Friday-Saturday thing, as supplies last. There’s not even a posted menu, just a glass deli case where you may view which meats and cheeses are available. When I asked about special offerings, it was suggested that I go for the three types of salami featured on an Italian sub or the turkey, bacon, and avocado club.

I went with the club. Sepulveda gets its bread from the bakery at Pan Bon in Little Italy, favoring rolls such as bolillos or cibattas. It was all cibatta this day, which I knew would be good from experience. I waited on a park bench inside the spacious shop while the sandwich was made, reflecting on how just last year this location was a business that made custom glass shower doors. A butcher definitely serves the neighborhood better.

It’s tough to pick the best part of that sandwich. The turkey, bacon, and cheese were good, and the smashed avocado was creamy. I chose chipotle aioli over deli mustard and relished the move. It wasn’t crazy spicy but had great flavor.

Surprisingly, if I had to pick one thing I liked best, it’s would be the price. For six dollars I got a sandwich both filling and satisfying. And if there’s one thing I like better than having a butcher shop within walking distance, it’s having a good sandwich shop.