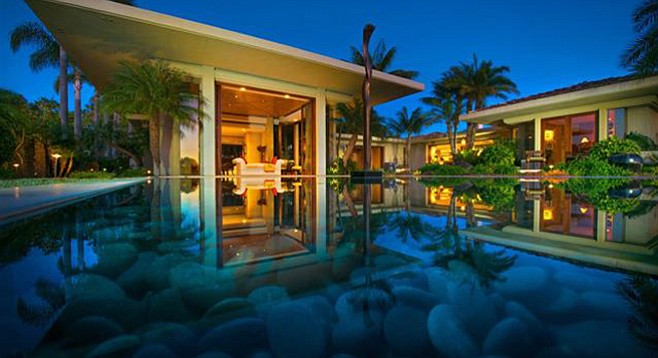 A house that biotech built

The estate home situated at 5979 Rancho Digueno in the southern hills of Rancho Santa Fe is described in listing materials as an “Asian inspired contemporary oasis.”

The 9500-square-foot home has five bedrooms, six baths, and was designed and built in 1992 by architect Richard Dalrymple “utilizing contemporary styles with Asian influences and overtones” that create “seamless integration from room to room, through each hallway, outlook and space.

“Nestled above the river valley of Rancho Santa Fe, this home offers posh compound-like surroundings, privacy, luxury, and for your contemplation — its own reflection pool.” 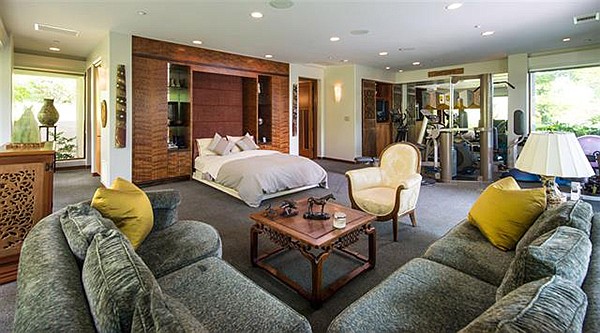 Many rooms in the home, including “two spacious offices beautifully tucked into the floor plan,” provide views and connection to the outdoors through retractable walls of glass. 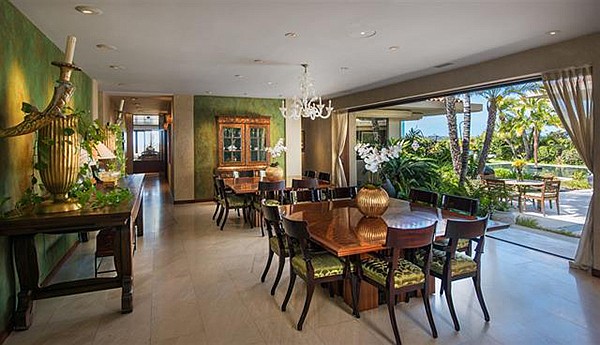 Interior appointments include “exotic Sapele wood from Africa” in “his” office, requisite chef’s kitchen with dual ranges, dishwashers, and oversized prep island with sink, wine cellar, formal dining room with seating for 16 or more, a 775-square-foot master bedroom suite with “his and hers sumptuous baths, closets and access to a private jetted spa and terrace.” 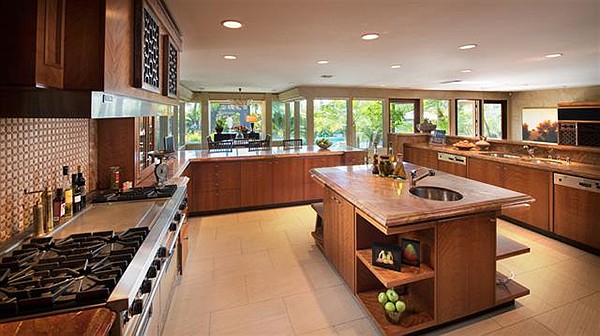 There’s also a guest suite adjacent to the private gym with shower and steam room, as well as a separate one-bedroom guest apartment. “If you are someone who enjoys entertaining and find yourself with sleepover guests in need of their own privacy, look no further.... 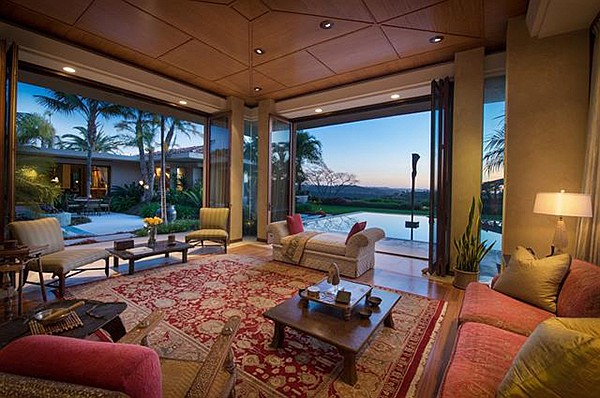 “This modern timepiece is both ancient and up to date — accented from the best the world has ever known — true style positioned on the edge of just over a two-acre estate,” listing materials promise, with outdoor amenities including a 70-foot swimming pool, koi pond, greenhouse building, “and for those in need of quiet contemplation, we present the gazebo” situated among the “expansive, beautifully manicured grounds. The property even has its own indoor/outdoor hang out space which provides both separation and entertainment complete with TV, BBQ, and ample space.” 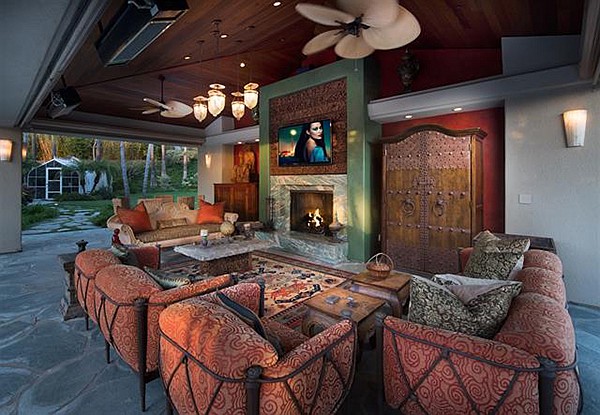 Public records indicate ownership of the Rancho Digueno home lies with Howard Birndorf, one of the pioneers of San Diego’s biotech industry. Birndorf in 1978 co-founded Hybritech, the region’s first biotechnology firm. After selling out to pharmaceutical powerhouse Eli Lilly and Company in 1986 he held key roles at a host of other startups and was named in a 2007 San Diego Reader roundup of the region’s highest-paid executives. 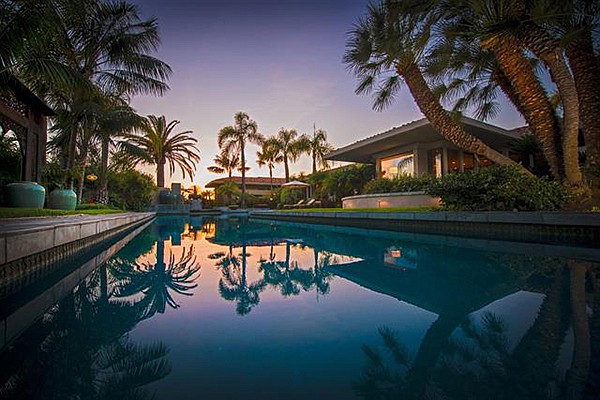 The home’s ownership was last transferred in 2000 for an undisclosed sale price, though multiple listing service records indicate a 2005 sale for $5 million. Its current assessed value is $4,749,000, which carries a $49,437 annual tax bill.

The home has been offered for sale several times without attracting a buyer — in 2008 it was marketed for three months with an asking price of $15.9 million and it spent ten months listed in 2015 with an asking price as high as $9.9 million, though that had dropped as low as $7.4 million by the time it was taken off market. The most recent listing began in mid-September, with offers being sought between $7.4 and $8.9 million. The price remains unchanged to date.