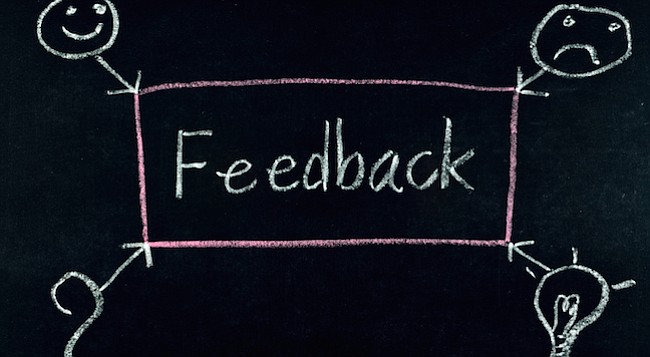 Feedback from our readers

"At least we get a chance to vote"

You Don’t Even Know Where It Is

Re: “I Thought I Knew Mission Hills,” October 6 cover story

East of Hillcrest is North Park, starting around Texas Street and going further up the hill on University. You thought you knew Mission Hills? You don’t even know where the hell it is if you think it’s east of Hillcrest. 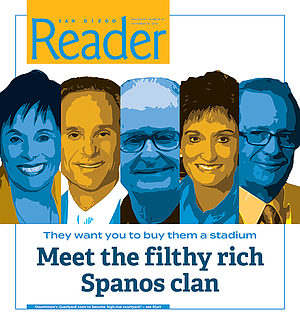 At least we get a chance to vote on the stadium, concerning the filthy rich Spanos story. In other countries they just take your money, whether you like it or not.

At least in this country, people willingly invest and are risking their money and may lose it, like with Donald Trump. Even John Kerry registers his luxury yacht in another state to avoid paying taxes in his home state.

I have always enjoyed staff writer Matt Potter’s articles and investigative reporting. They are objective, informative, and factual. His recent editorial, “Alpine’s Islamic Fashionista Antes up for Clinton," falls short even though his name is on it. The piece reads like a press release or a public service announcement from one of Hillary’s publicists. The tip-off is the two presidential candidate photos attached to the narrative.

Donald’s expression looks like he is on the pot and Hillary’s over-Photoshopped, staged patriot portrait looks like something out of Madame Tussaud’s Wax Museum.

In all fairness to the simple-minded who cast their votes based on a candidate’s appearance, would you please reprint the photos of the two presidential hopefuls. Use a more respectable picture of Donald and a real time unretouched portrait of the 68-year old Hillary.

As for me, I am voting for the lesser of two evils. Evita or Atilla? Atilla or Evita?

Re: News Ticker: “Paul Gaspar Is Not a Doctor”

Misrepresentation/misinformation is voter deception and is a form of electoral fraud. Voting is a sacred institution and should not be polluted or corrupted in any way. It transcends the issues and both candidates in the arena.

He’s misleading voters to believe he is an MD, which is much more than a simple honorific title. People trust MDs to tell the truth. He is unethical and his yard signs are illegal under California law. The mayor of Encinitas is his wife and he is simply running on her coat tails. He likes to dress up as a doctor and he speaks of “prescribing” in his campaign literature. He cannot prescribe anything as a PT. He is as phony as Corinthian Leather in an old Chrysler.

The media has a duty to protect the process of our collective decision making by exposing these folks. If Mrs. Blakespear had posed in a black robe and put “Hon.” in front of her name, it would be just as unethical and dirty pool. The principles of fairness in and respect for voting integrity need defending.

I commend your writer, Dorian Hargrove, for exposing this issue for the people of Encinitas. Thank you, Dorian, on behalf of all Encinitans.