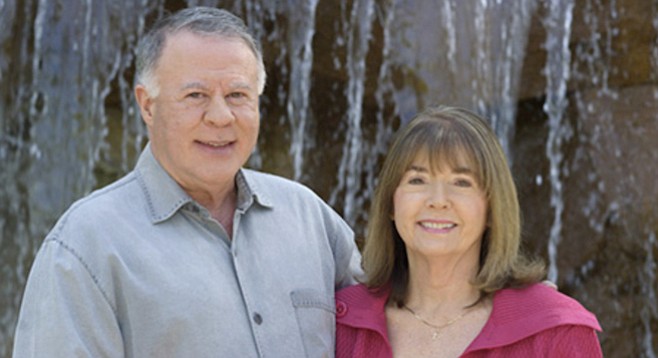 While rollout of a billion-dollar-plus fundraising campaign remains in limbo following the abrupt departure of UCSD vice chancellor of advancement Steve Gamer following a six-figure settlement, the school has been employing its public relations arm to highlight big gifts already given.

"Local philanthropists Gary and Mary West have provided $11.8 million to the University of California San Diego to create a state-of-the-art senior emergency care unit to be housed within the Emergency Department at the future Jacobs Medical Center," says a May 2 release posted by the university's online "news center." 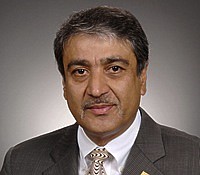 An accompanying statement by UCSD chancellor Pradeep K. Khosla said the couple's contribution would help the university "fulfill its vision to offer a collaborative, interdisciplinary approach to caring for truly vulnerable members of our community."

“Mary and I are committed to helping seniors age successfully with dignity, quality of life and independence,” added Gary West in a statement. “We believe health care specifically tailored for seniors, especially geriatric emergency care, is critical to achieving these goals.”

Who are Gary and Mary?

UCSD's release, discreetly avoiding the source of the couple's fortune, describes them as "pioneering philanthropists" who fund elderly healthcare programs that "enable seniors to age on their own terms, preserving and protecting their dignity, quality of life and independence."

But through their Carlsbad-based WESTliving and related real estate development activities, they are also major players in the lucrative for-profit business of pre-nursing homes, these days called ”assisted living and memory care communities," as described WESTliving's website.

The company operates nine such facilities, including Oakdale of La Mesa and the Commons at Union Ranch in Manteca.

"From independent, assisted, memory, Dementia or respite care, our approach reinforces a sense of belonging by promoting privacy, dignity and a sense of empowerment," says a WESTliving blurb.

"A variety of activities including gardening, art classes, local tours and tai chi await here at The Commons at Union Ranch, just a short drive from San Francisco, Sacramento and Yosemite National Park."

The elderly care industry isn't without controversy, and WESTliving has been no exception. Late last month, the Stockton Record reported, Frank Nunes, an 84-year-old ex-Commons resident filed suit against the chain, alleging elder abuse and negligence during his stay from 2013 through March of this year.

"During that time, according to the suit, Nunes suffered several serious pressure ulcers, also known as bed sores, including Stage III and IV ulcers on his shin, tailbone and both hips that only occur when someone who cannot move themselves is allowed to remain immobile for long periods of time," the Record reported.

Said Nunes’s Long Beach lawyer Stephen Garcia in a statement to the paper, "The facility was aware that failure to create and implement proper care plans would result in a high probability that Frank would suffer further injury. Yet, they knowingly disregarded this risk and allowed him to suffer numerous pressure sores."

Continued Garcia, "Mr. Nunes’ family was never notified about his developing sores, and instead, the facility concealed their misconduct by not documenting the sores and also by denying Mr. Nunes access to available treatment."

Reached by phone this week, WESTLiving chief operating officer Patrick Collins said the company could not discuss the matter out of deference to patient confidentiality. He told the Record, "We are focused on quality care and services. We have served over hundreds of residents who have received terrific care. I want to be very sensitive to individual and confidential patient information.”

In March of last year, the San Diego Business Journal ranked the Wests, who live on an estate in tony Rancho Santa Fe, as the county's third richest household, with a net worth of at least $1.5 billion, begun from humble beginnings in Omaha, Nebraska.

"Neither earned a college degree, but they are considered pioneers in telemarketing for their work building WATS Marketing of America, which was sold in 1980 to First Data Resources, and later West Corp," the paper reported.

"The Wests received $1.45 billion for their stake in West Corp. when it went private in 2006, according to filings with the Securities and Exchange Commission."

WESTLiving may have neglected to flip the fragile elderly Mr. Nunes while he was in situ, but I have to commend the parent company for protecting patient privacy.

The Inewspurce team filmed family members and even physicians who spoke openly about patients' dire prognoses, pejoratively called the facility a "vent farm" (because so many patients there must use ventilators to be able to breathe.) They openly discussed and displayed an entirely helpless population which had the misfortune to endure personal catastrophe without a written and signed "advance directive" for "end of life."

WestLiving's COO Patrick Collins may be covering his ass, but Inewsource's exploitation of Sharp patients was blatant, unjustified and reprehensible.