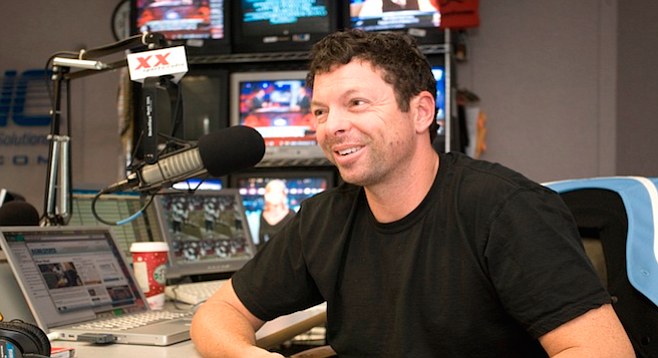 John Reis went on FM 94/9’s local music show this past Sunday to talk about the record-release party for his local band compilation Hardcore Matinee next Sunday, May 15, at Bar Pink. The musician/producer/bar-owner, who once hosted the radio show Swami Sound System on Saturdays on 94/9, lamented how the station that claims to be “about the music” used to be better. Reis said things started to go downhill when Mike Esparza parked his talk-heavy Mikey Show on weekday mornings.

Esparza was fired four years ago, but the future of modern rock on 94/9 is less certain than ever.

When Philadelphia-based Entercom Communications bought 94/9 two years ago, the Reader suggested new owners might flip the station from modern rock to an all-sports format. That now seems even more likely with the announcement that 94/9 will carry live Padres broadcasts starting next Spring. 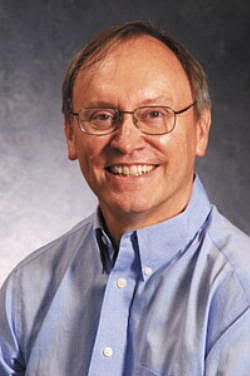 “Alternative rock and baseball could be an uneasy marriage,” says Tom Taylor.

Entercom stated in a press release that 94/9 will keep rocking when it isn’t airing the Padres. Insiders say that unusual radio marriage is not likely.

“There is only one station in America where they mix alternative rock and baseball, and it's a disaster,” says one local radio exec who didn’t want to be named, “because I have friends who work there.” That station, KTWN-FM in Minneapolis, is in 19th place in the latest Nielsen ratings. “The only reason they do it is the Minnesota Twins owners also own that station.”

“Alternative rock and baseball could be an uneasy marriage,” says Tom Taylor, who publishes his own daily radio trade website, Tom Taylor Now. “KBZT’s slogan is ‘It’s about the music,’ and now suddenly its not.”

Taylor acknowledges that Rock 105 does well with live Chargers one day a week. “Baseball is different from football.” He says the slower pace of baseball games contrasts with alt-rock’s much faster pace. “Plus baseball takes over a lot of hours. Games can go on and on in the middle of the day. Then you have rain delays and double headers. Would alternative listeners put up with that?”

If 94/9 turned to sports full-time, would Entercom try to hire away on-air talent like Scott Kaplan and Billy Ray Smith from Mighty 1090, just as it raided the Padres from that 50,000-watt Baja-based AM station?

Taylor says Entercom is known for flipping FM music stations to sports. “When they got the rights to broadcast the Oakland A’s, they flipped their country station in San Francisco to sports.”

Currently, 94/9 and 91X compete for local alternative listeners and are Nielsen-rated in 19th and 21st place, respectively. FM-94/9 has been rocking for 14 years, 91X for 33. An all-sports 94/9 would be competing with two existing all-sports AM stations, Mighty 1090 and XTRA Sports 1360, but with a preferred FM signal.

Taylor says sports radio tends to do well with advertisers because it delivers men aged 25–54. “Those listeners are hard to get, otherwise. Sports stations tend to have loyal followings.”

So, there is the possibility of ANOTHER all-sports station in SD?

Strange, as there is a good chance that SD could be down to one major sports team in just a few years.

In what universe does 94.9FM play "alternative rock?" It's a label that no longer has any meaning as anything played on that station is as corporate as corporate can get. There is nothing here, only the world that Marcuse described in One-Dimensional Man-- consumerism confused with freedom and an endless marketing of useless material goods. Viva slavery!

I think what chendri887 is trying to say is that 94.9 plays way too many twenty year old Red Hot Chili Peppers cuts.