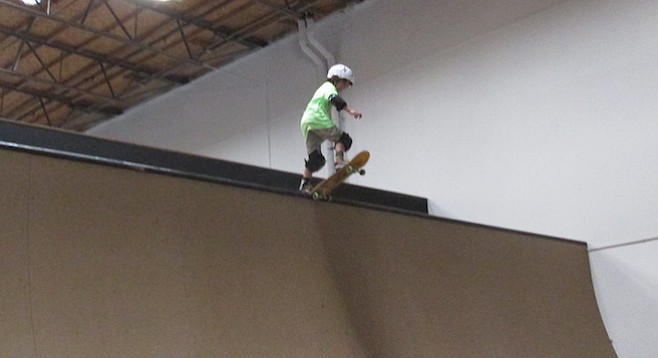 Pro Neal Mims says, “It’s about the kids and the community."

In a nondescript warehouse in Vista’s Business Park district, pro-skater Neal Mims opened his new indoor skatepark. The March 30 reservation-only session was a preview to the park’s public opening on April 2. About 40 skaters, ages four and up, got a personal two-hour clinic with help from pros such as Chris Cole and Chany Jeanguenin. 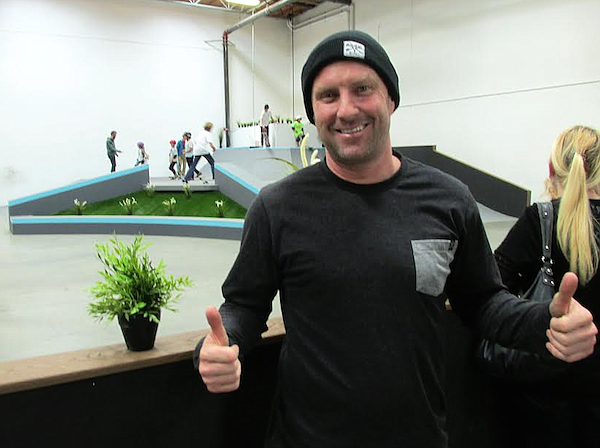 Until now, Mims, having skated for 32 years (a pro for 17), was best known locally for his skate academy, offering lessons and day-long skate-spot tours around Southern California.

Inside the two-story warehouse was a smaller, private skate park, built in the back of an existing business at 1410 Vantage Ct. When the occupying business wanted to consolidate space, Mims said he jumped at the chance to expand the park and open it to the public.

In addition to streetscape skate rails, curbs, and boxes, the space contains an 11.5-foot half-pipe. But Mims is probably most proud of his indoor re-creation of two famous skate spots: the Carlsbad Gap, once found on the campus of the now-remodeled Carlsbad High School; and the University of California Irvine’s Hubba, a ledge going down a set of stairs.

“It’s a miniature version so even little kids can try it out,” said Mims. “Anyone that skates knows those two spots.”

One parent noticed the “clean” of the park’s staff and the pros in attendance. “No tattoos and ear gauges. Everyone was very friendly and supportive,” said one dad.

“It’s about the kids and the community,” said Mims.