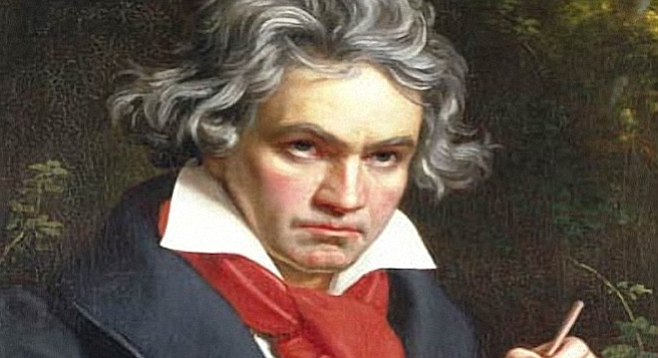 Beethoven allegedly takes out Mozart in the U.K.

The philistines at Classic FM have made a list

Beethoven is now greater than Mozart? Yes, the people have spoken and this is the case. The U.K.’s Classic FM 2016 Hall of Fame list is out. Over 170,000 votes were cast and Beethoven has come in with the most pieces of music in the top 100.

Let’s change Beethoven from being greater to “more popular” than Mozart because the top piece on the list was Vaughan Williams’s The Lark Ascending. It’s a lovely piece of music and I cherish it, but I can’t say that it is the greatest piece of all time — it’s not even close.

The top 10 vote-getters were:

Based on those pieces, it is clear that this polling was done in England even though Classic FM could be considered international via the internet. However, there are quite a few pieces of music that might be considered greater than the Elgar Cello Concerto.

Looking at the entire list, it is clear that Classic FM is a populist entity — as populist as classical music can be in this day and age. The first opera on the list is Cavalleria Rusticana at No. 24. It is identified as “includes Intermezzo and Easter Hymn.”

Other operas on the list are Nabucco (No. 105) and Prince Igor (No. 96). How are these operas ranked above Carmen? They are being ranked based on excerpts from the operas not on the operas themselves.

Prince Igor is better known as that opera where the Polovtsian Dances come from and Nabucco has the pretty Chorus of the Hebrew Slaves.

Those are all fine pieces of music but this list has been compiled by philistines and Mozart still reigns supreme. Bloody palmy bastards.

John Dunbar and his static saccharine strings are ranked above the Liebestod from Tristan.