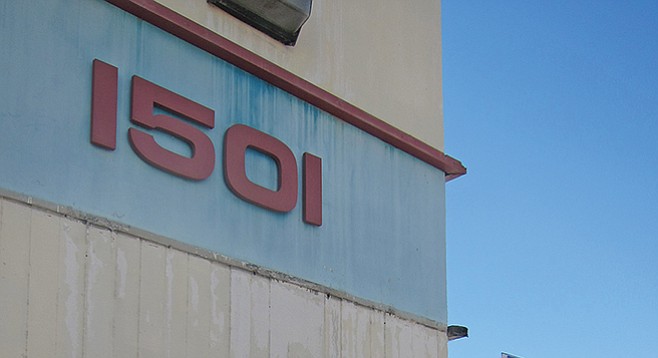 A downtown influence-peddling shop dear to the heart of San Diego mayor Kevin Faulconer has picked up yet another controversial big-money client. Multinational beer giant Anheuser-Busch has retained Presidio Public Affairs Group to lobby for “a Neighborhood Use Permit from Civic San Diego to operate a brewpub in Downtown San Diego,” according to a March 22 disclosure report filed by Presidio with the city clerk’s office. Founded by Jason Roe, the mayor’s top political guru, the firm is currently being run by James Lawson, a former Faulconer city-council aide.

The proposal by Anheuser-Busch subsidiary 10 Barrel Brewing Co. to locate in an old East Village warehouse at 1501 E Street raised a ruckus among local craft brewers who, at a hearing last month, said the plan would “ultimately harm the true local brewers.”

Other current Presidio clients include Outfront Media, the former CBS billboard subsidiary seeking to put up “additional signage in a specific area of downtown,” and commercial real estate outfit Hughes Marino, which wants to make an arrangement with the city for “real estate brokerage services and construction management services.” Another hopeful using Presidio’s services is Accela, which wants to get a “contract for IT support services within the Development Services Department.” Whether by coincidence or not, John Sasson of Orinda, California, who is listed as working in “business development” for Accela, kicked in $1050 for Faulconer’s reelection campaign on March 17, according to a March 18 disclosure report.

Budweiser swill to be sold amongst our artisanal brew pubs? The whole San Diego beer-thing is over-rated, in my opinion, but local craft brewers are right to object to the pedestrian presence of an Anheuser-Busch vendor among their ranks. As for the rest of this complicated web of insider connectivity, it is more than any civic watchdog can reasonably follow, so we appreciate Readerwriter Matt Potter.