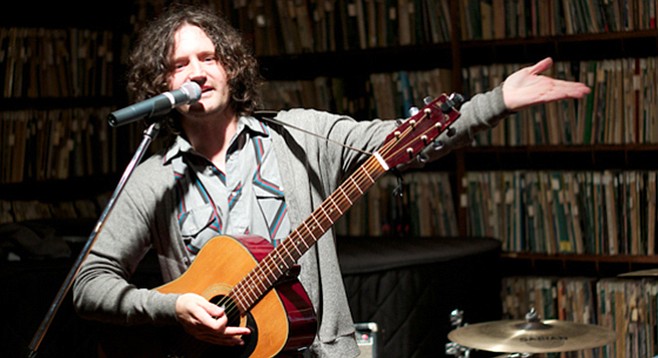 “I’ve spent the past couple of years trying to slither out of my Americana, old country skin and get a little less genre-specific,” says John Meeks, who won Best Americana or Country Album at the 2010 San Diego Music Awards. “That whole post–O Brother, Where Art Thou Americana resurgence that happened was a great thing for a while, but, like all good things, it became a parody of itself. A giant costume party with fake country accents, waxed mustaches, and put-on down-home sentiment.” 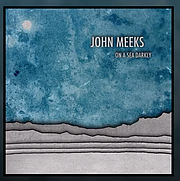 ...from John Meeks's On a Sea Darkly

His upcoming fourth full-length is a collaborative rock effort, featuring members of the Locust, the Album Leaf, Blackheart Procession, Three Mile Pilot, and Mr. Tube & the Flying Objects. “People can expect a whole new musical style from our band. The album title, On a Sea Darkly, was my bandmate Matt Resovich’s idea. It was a nod to a photo project his mom did when he was younger, called Through a Lens Darkly, which was a nod to the Ingmar Bergman film Through a Glass Darkly. A lot of the new songs we do reference the sea, or drowning, so I thought it was perfect. Not to mention I love Bergman films, and Matt loves his mom.”

The release party is at Soda Bar on July 30.

“Pall Jenkins [Blackheart Procession, Three Mile Pilot] will be playing right before us. He plays instruments like the musical saw and all of his music has a very interesting and dark cinematic vibe to it. The opener, Preston Swirnoff, will be playing music from his newest project called Haunted Sea Songs of Bahia. It’s a sort of homage to an old Brazilian singer/songwriter named Dorival Caymmi. He sings in Portuguese and does both covers of Caymmi and original compositions in that style.