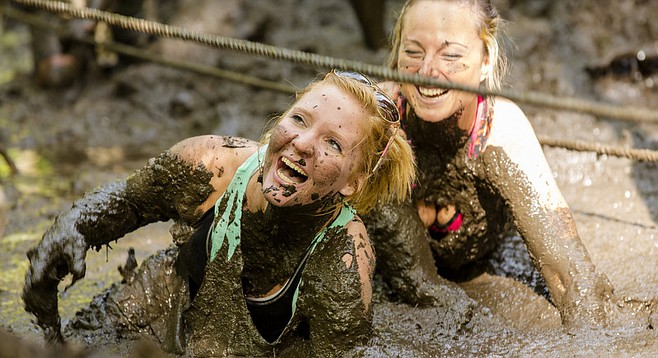 In mid-June, the Marine Corps revealed to the public that a previously undetected broken pipeline within Camp Pendleton had dumped more than 870,000 gallons of sewage onto the base grounds over the course of three years. Inspired by the more unpleasant implications of the spill, SD on the QT is sponsoring a Reader reader poll to rename the World Famous Marine Corps Mud Run, which is open to the public and helps raise money for Marines in need. Pick one, or write in with your own suggestions! Winner will receive the thanks of a grateful nation.