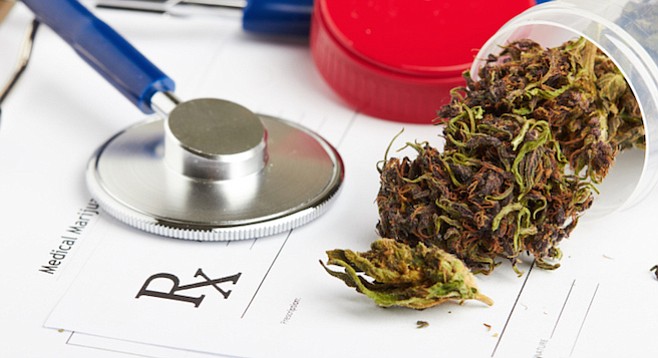 "We've been working extremely hard to change our city's reputation."

On January 5, National City officials, residents, and activists had a meeting to consider cannabis cultivation rules within city limits.

If cities haven't established their own rules by March 1, a new law will make the state's cannabis cultivation rules the default. State law currently allows medical marijuana users and their caregivers to grow cannabis at home.

The National City Planning Commission had recommended the city allow residents to grow cannabis for personal use along the lines of the City of San Diego, but the council unanimously voted against allowing any cultivation.

"People got the idea that the planning commission was a policy-making board, and they are not," mayor Ron Morrison said. He also criticized the city's chamber of commerce, saying the group sounded like a paid advocate for cannabis cultivation.

All but one of the six registered public speakers (seven actually spoke) opposed allowing people to grow their own at home. Scott Chipman of San Diegans for Safe Neighborhoods explained that he and other members have spent many hours tracking illegal dispensaries and sales, including surveillance. He called cannabis a lawless industry and pointed to more than 20 pages of ads for cannabis in the Reader.

"You cannot regulate a lawless industry, you can only prohibit it," Chipman said.

Other speakers expressed concerns about cannabis's effects on children, the proximity of private grows to schools and the potential for robberies and burglaries in homes where cannabis is growing.

Richard Hodge, a National City resident, said he only has to go to his front door to see the consequences of growing cannabis.

"I'm telling you, if people grow it, they will sell it," Hodge said. "My neighbor grows it and he sells it — the noise, the traffic is terrible."

Hodge noted that his neighbor uses cannabis for a legitimate medical condition and it seems to work for him.

Cynara Velazquez, from the Association of Cannabis Professionals, asked the council for "common sense regulation" that would allow people to grow a limited number of plants in their own homes.

City attorney Claudia Silva corrected Velazquez, saying no one had permission to grow. Growers are protected from criminal prosecution as long as they have a card and have fewer than 12 plants. The action before the council involved zoning ordinances and neighborhood codes, not criminal violations.

The city council quickly reached a “no” vote, with comments focusing on the perceived abuse of the prescribing system and on protecting the city's reputation.

"This [vote] is not dealing with people's legitimate medical needs," Morrison said, and went on to do just that. "When my daughter was going to UCSD, every one of her friends had a card and not one had glaucoma," he noted.

Councilwoman Alejandra Sotelo-Solis said that she saw the issue as another unfunded problem imposed on the city by the state, and she worried about National City's reputation should the city allow cannabis cultivation.

"We've been working extremely hard to change our city's reputation," Solis said. "There's a lot of nicknames out there for our city, terrible names, and now we have to decide if we want to be known for letting people grow marijuana."

National City will never have anything but the reputation it has and deserves. The Civic Leaders can put all the lipstick they want on NC but it will still be Nasty City.

"He called cannabis a lawless industry and pointed to more than 20 pages of ads for cannabis in the Reader."

Umm, if you legalize it, it's no longer "lawless".