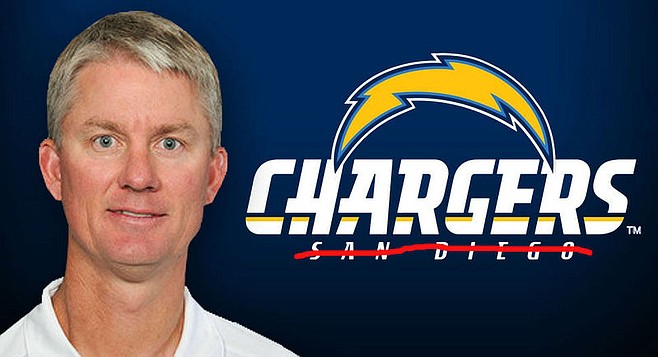 Breaking up is hard to do

Fans who were curious as to the Chargers’ decision to retain seemingly hapless head coach Mike McCoy following the team’s dismal performance in 2015 (and 2014, and 2013…) got some measure of explanation today from the team’s President of Football Operations, John Spanos. “Clearly, it’s time for the Chargers and the City of San Diego to go their separate ways,” began Spanos. “But sometimes, one party in the relationship can’t see the obvious — and that’s when things can get ugly. Especially when you stop to remember that the Internet is forever. 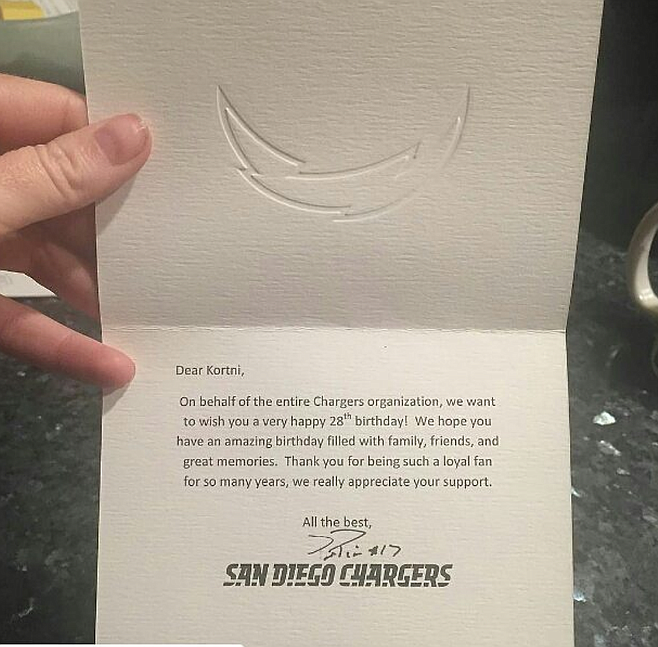 "Consider this comparative posting on the sdchargerfans Instagram account from Kathy Solunto. First, you’ve got a signed birthday card that says, “Thank you for being such a loyal fan for so many years, we really appreciate your support.” Then you’ve got the card we sent to all season ticket holders this week. It’s not a pretty juxtaposition. 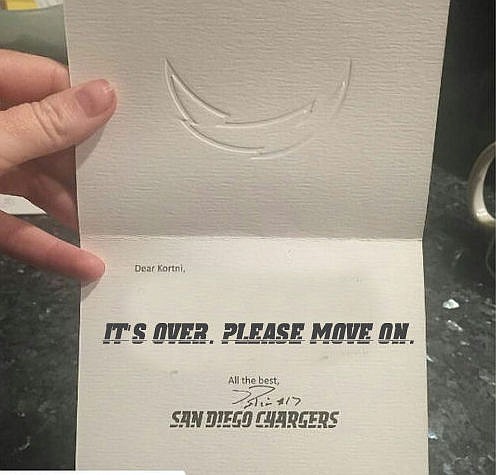 “That kind of everlasting negative PR isn’t good for the Charger brand. Even people who agree that we have to get out of this relationship will be tempted to sympathize with the pain of the dumped party. Happily,” continued Spanos, “Solunto’s bitter gesture is proving to be the exception to the rule. We’ve been asking San Diego Charger fans to delete all record of their fandom from the Internet, whether it be Facebook posts, Instagram pics, Tweets, or Grindr profiles suggesting meetups in the Qualcomm rest room. Given the past few seasons, most of them are proving quite amenable. It can’t have been easy for Coach McCoy to run a top-flight team into the ground the way he did. But it’s a sign of his dedication to the Los Angeles Chargers that he ignored the haters and did it anyway.”