A matter bigger than the city attorney

A request from the League of California Cities to distance itself from San Diego city attorney Jan Goldsmith's use of private email backfired on February 3 when the California Supreme Court rejected retrying the case and decided against retracting the publication of the appellate court ruling.

The high court's decision establishes a precedent for open-government advocates when requesting emails from public officials sent on private devices and private email addresses. It also opens the League of California Cities and other private nonprofit organizations who deal solely with public agencies to public records requests.

The California Supreme Court's February 3 ruling was short and to the point: "The request for an order directing depublication of the opinion...is denied. The court declines to review this matter on its own motion. The matter is now final." 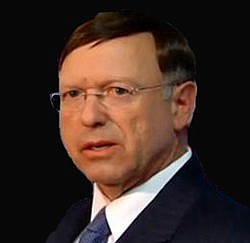 The ruling ends the appeal that the League of California Cities filed last year to overturn a San Diego Superior Court judge's decision to consider emails that San Diego city attorney Jan Goldsmith sent from his private device and personal email address to the organization as eligible for public review.

The case was first filed in January 2014 by San Diegans for Open Government, the open-government nonprofit whose attorney Cory Briggs has fought Goldsmith for years. 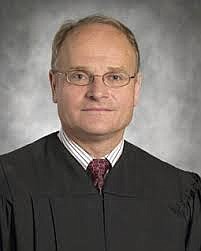 Two years, one appellate court ruling and a Supreme Court ruling later, Superior Court judge Joel Wohlfeil will resume his review of approximately 70,000 emails between Goldsmith and the League of California Cities to see which, if any, are considered public documents.

The League of California Cities has fought hard to keep the emails classified ever since Wohlfeil first ruled in Briggs’s favor.

"Admittedly, the City Attorney uses his personal email account to conduct City business because it is ‘convenient’ for the discharge of his official duties," wrote Wohlfeil in his January 2015 ruling. "Given the mandate that the [public records act] must be broadly construed, there is a strong policy argument that can be made in favor of disclosure of these emails. If the Court were to draw a bright line rule prohibiting any disclosure from a private account, then public officials could avoid the harsh light of public scrutiny whenever they desired by simply reverting to use of a private email account." 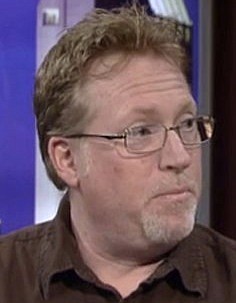 The League of California Cities rushed to Goldsmith's defense in an appeal. When the appellate court sided with the trial court, the league then asked the Supreme Court to hear the case and to decertify the publication.

"...[T]he League asserted that the League emails are not 'public records' under the [Public Records Act] because the city attorney received the emails in his role as a member of a private organization," wrote attorneys for the League of California Cities to the state's Supreme Court. "...Put simply, the court's determination was based on the specific practices of the city attorney for the City of San Diego. Because the opinion lacks any widespread applicability, it does not address an issue of continuing legal significance, or otherwise meet the standards for publication."

The ruling, however, stands. Attorneys are now allowed to cite the case in legal documents as well as challenge the scope of what classifies as a public record.

In the end, the ruling has more implications for the League of California Cities than it does for Goldsmith.

In a recent comment to the Reader, Goldsmith defended his practice as well as his work with the League of California Cities:

"...[T]he committee I serve on provides feedback to the League's lawyers on whether to file amicus curie briefs in particular cases. The League's lawyers believe that the committee of city attorneys are a committee of the League (their client) and there should be an attorney client privilege. Personally, I don't really care. This is the League's issue. But, I am aware that other groups such as the ACLU, Sierra Club and others have had committees such as this and they will not be happy if the law requires them to divulge communications between their lawyers and their member committees on legal issues. As for the committee, for the past seven years I delegated participation to other lawyers in the office. So, whatever e-mails I received were just to keep me informed, but there are no e-mails sent by me."

While Wohlfeil pores over the emails, an appellate court will debate an appeal filed by the city to reduce the approximately $80,000 in attorney fees that Briggs says he is owed. That matter will be heard in the coming months.

Goldsmith wants it both ways. I will be glad when his term is over and he can hide in plain sight by taking off his rug. Does he really think no one knows that he has a hair piece?

"Attorneys are now allowed to cite the case in legal documents as well as challenge the scope of what classifies as a public record."

That's very important. Bah to the League. And Goldsmith. Hooray for Judge Wohlfeil.

This strengthened the California Public Records Act, and it definitely needed it. There are still loopholes the pols, councils, government flacks and bureaucrats use, though.

There's always the telephone, of course. Any reputable drug dealer could probably help our politicians with mechanisms for private communications. It is only a lack of imagination that restricts them to email.

Gee, I wonder how much money this has cost the taxpayers of San Diego.