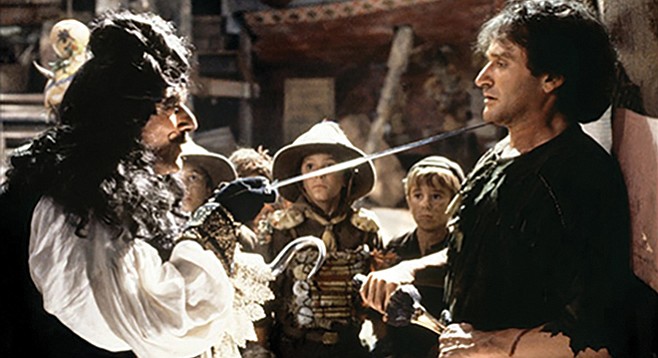 Flicks that stand out among the fanny packs

For the ragtag bunch

The Goonies (USA, 1985, Warner Brothers) was one of the ’80s movies that I couldn’t stop watching as a kid and even now this 30-year-old cult classic has me perched on the edge of my couch rooting for this ragtag bunch of kids. I love how the timeless feel of the movie pulls me right into the adventure and mystery. This is a MUST WATCH for anyone who hasn’t seen it and I highly recommend it to fans of adventure or mystery. Available on Amazon Video and Google Play.

The ’90s was an interesting time for movies and pop culture and Hook (USA, 1991, TriStar Pictures) is one of the movies that stands out in the sea of neon shorts and fanny packs. The intricate scenery and star-studded cast brings this movie to life in the most unimaginable ways. When you watch Robin Williams’s Peter take on Dustin Hoffman’s Captain Hook in this epic fantasy-adventure, you’ll never look at Neverland the same way again. Available on Amazon and Vudu.